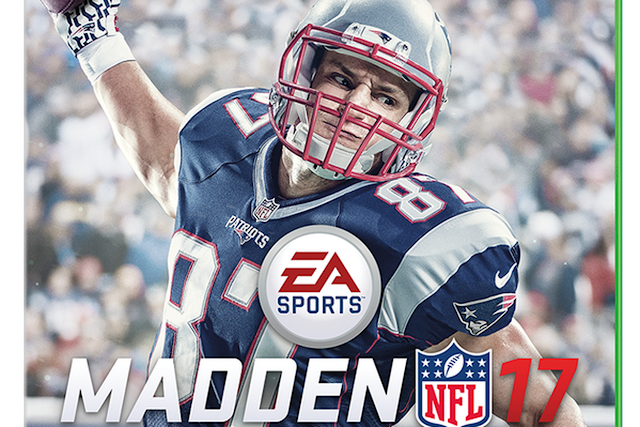 It looks like those leaks from yesterday afternoon were indeed true. Rob Gronkowski has been named as the Madden 17 cover athlete. He is the first Patriot and the first tight end to ever make the cover.

While some fear the Madden Curse (I'm half-joking when I say I believe in it), the last few Madden cover athletes have had huge years. Odell Beckham Jr., last year's winner, had over 1,500 receiving yards. Richard Sherman, the 2014 cover athlete saw his Seahawks make it to the Super Bowl, but we all know how that ended.