Malcolm Butler, LeGarrette Blount and other Patriots show off their basketball skills at local high school 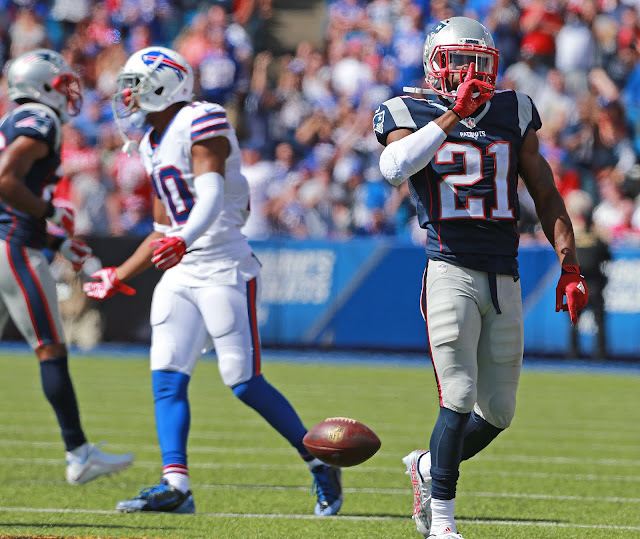 We know Malcolm Butler is a very good football player. But what we may not have known is that he has some basketball skills as well. Butler, along with LeGarrette Blout, DeAndre Carter, Trey Flowers, James White, Chris Harper and Jonathan Cooper participated in a basketball game at Westwood High School against a team made up of administrators, students and area residents.

As you would expect, the Patriots players won the game, but not by much. Going on a late-game rally, the Pats pulled away 64-58.

Butler wowed those in attendance with a couple of nice dunks.

Other cool moments from this game featured James White knocking down a three-point shot, and LeGarrette Blount taking a couple foul shots.


Video: Trey Flowers with kickout pass to James White, who hits from long range as LeGarrette Blount gets fired up. pic.twitter.com/mGXVpVCs25
— Mike Reiss (@MikeReiss) May 12, 2016


Video: Would have projected @LG_Blount as more of a low-post presence, but he was a sharpshooter from long distance. pic.twitter.com/Znqnbdnyzi
— Mike Reiss (@MikeReiss) May 12, 2016

Notice how Blount gets fired up after White connects on the three pointer. Blount is no stranger to getting fired up at basketball games. He's a regular attendee at Celtics home games and celebrated a bit with Isaiah Thomas after he converted a layup in Game 3 against the Atlanta Hawks at TD Garden a few weeks ago.

He was also seen celebrating with Thomas after the Celtics beat the Hawks in Game 4. Needless to say basketball really gets Blount hyped.