Julian Edelman has been pretty active on the interweb lately 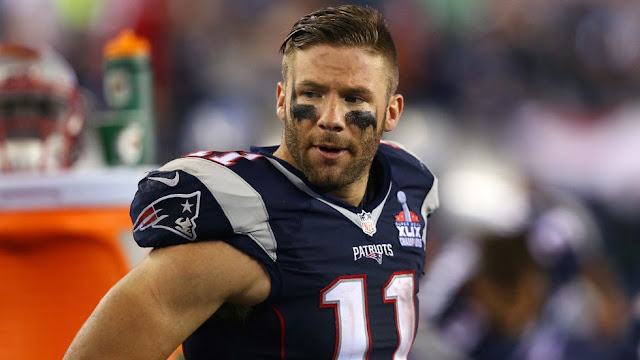 Patriots wide receiver Julian Edelman is known not only for his play on the field, but also his sense of humor on social media. The "Burger Tyme" maestro was at it again with two hilarious posts in the last few days.

Yesterday, in honor of Cinco de Mayo, he posted a picture of him in a sombrero with the famous video of Rob Gronkowski attempting to speak Spanish after the Pats won the 2011 AFC Championship Game over the Ravens.

Then today, in honor of the Captain America: Civil War premiere, he posted this picture directed at Tom Brady.

Honorable mention (since it's a couple weeks old at this point): the Iron Throne from Game of Thrones.