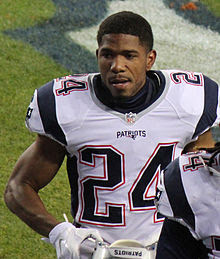 Melvin signed with the Patriots on Oct. 14, 2015 and played in eight games before being sent to the practice squad on Dec. 10, where he stayed until he was cut. Vaughters was signed to a futures contract on Jan. 21, 2016 and never appeared in a game for the Patriots.