The Brady family has another star athlete in it 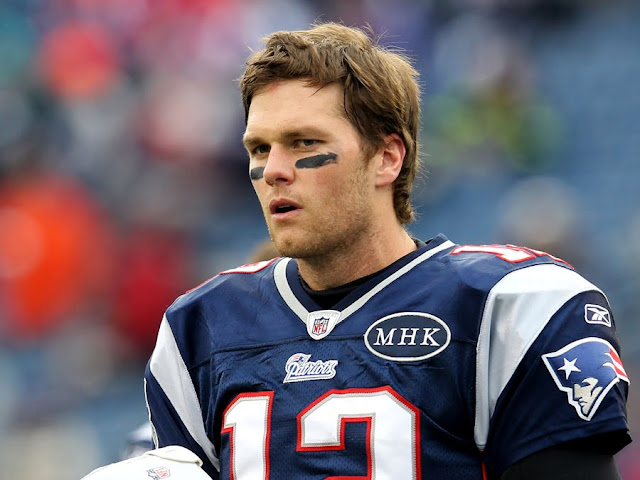 Tom Brady isn't the only person in his family who can call themselves a star athlete.

His niece, Maya Brady, is considered a softball prodigy. She's a shortstop at Oaks Christian School in California and her stats are nuts. She's batting .391 with 12 RBI, 30 runs scored, seven doubles, a .931 fielding percentage and is 13-for-13 on stolen base attempts.

Needless to say, she's a five-tool player, which is something her uncle Tom pays attention to. Given the distance between Massachusetts and California, the elder Brady usually can't attend any of his nieces games, but they do keep in touch, according to his sister Maureen.

“He is totally into it,” Maureen Brady told the Star. “He loves any chance he gets to see Maya play. Unfortunately, with the distance and everything he has going on with football and his own family, it’s not very often. But he follows what she is doing as much as he can.”


Maya obviously knows Tom is the much bigger athlete, but she's hoping to make a name for herself in the softball world, something Tom encourages.

“Given the athletes in the family, it’s definitely hard to make your mark,” Brady told the Ventura County Star. “It’s hard to pass up someone who wins the Super Bowl. But hopefully in the future I can make my own mark and say look what I did in my career.”


“He doesn’t really talk to me specifically about softball, but he always tells me to work hard and gives me some motivation,” Maya said of her Uncle Tom. “He just says to try your hardest and supports me a lot.”