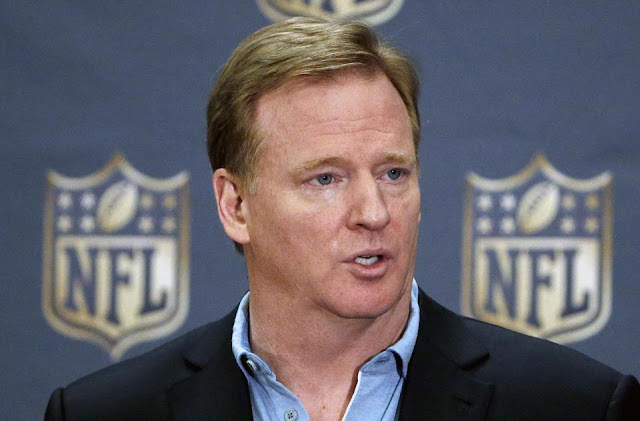 NFL Commissioner Roger Goodell recently said that he will not enter settlement talks with Brady, which obviously means that Goodell is in this fight for the long haul, even if he says he isn't thinking about it anymore.

"As I said, we've had all those discussions," Goodell told reporters. "We've had settlement discussions over the past year. At this stage, no, right now we're moving forward. The courts will make their decisions and we'll move forward on that basis."


It also doesn't look like Goodell isn't going to give up his ability to discipline players any time soon.

"When it comes to the integrity of the game, that's the responsibility of the commissioner, and we're not gonna hand that integrity of the game off to somebody that doesn't have any involvement in the game," Goodell said. "That's for somebody that understands what is important in making sure we maintain that. Maintain the competitiveness of our game. And the reality is, our rules apply to everybody. They apply to every player, every team, and that's something we're going to work hard to maintain and not hand that off to somebody else."


Goodell also said he'd be open to a better system when it comes to disciplining players. But given how he handles business, something like that seems unlikely.

"...The CBA is very clear," Goodell said. "The court of appeals made that clear. That's exactly what was negotiated in the collective bargaining agreement. That's the authority the commissioner has been granted. ... So it's a reality of the world we live in right now. It's unfortunate. If we can find a better system, we said that since we structured our collective bargaining agreement. If there's a better system, let's do it."


So now it's going to be completely up to the courts to decide Brady's fate. As of now, Brady is on track to serve his four-game suspension at the beginning of the 2016 season, but that can change if the appellate court grants his request for a hearing en banc.

Side note: gotta love how an egomaniac like Goodell refers to himself in the third person.