Matt Ryan: 'Brady as good as anyone eliminating noise' 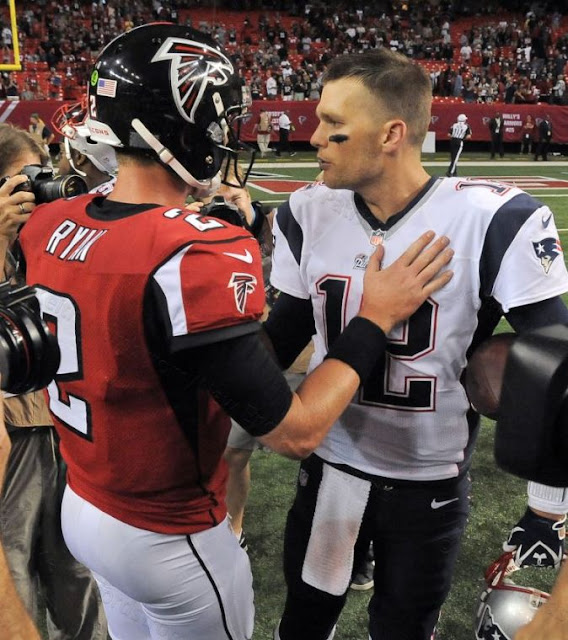 Falcons quarterback Matt Ryan, who was in town earlier this week, recently spoke out on Deflategate and how he believes Tom Brady is great at eliminating outside distractions. The former Boston College Eagles quarterback was attending school when the Patriots won the Super Bowl in 2003 and 2004, so he's no stranger to how football talk in New England goes.

"That's tough, but Tom's as good as anybody at eliminating noise and being able to focus on being productive and playing at a high level," Ryan told reporters one day after BC announced it would retire his jersey. "He's done it for such a long time, it's really impressive. Obviously everybody can learn from that. He's a great competitor, great player, and has been doing at a high level for a really long time."

"As far as our union side of it, this is what they're there for, to help you in situations where you need help, and I think they've done the appropriate thing on that."


Either Ryan is lying about how much he's followed the case or he's done a better job than all of us have in terms of not watching or reading anything, considering the rest of the world is glued to this story even though it has died down in recent weeks.

Brady has defeated the Falcons all four times he has played them in his career, with two of those wins coming against Ryan.