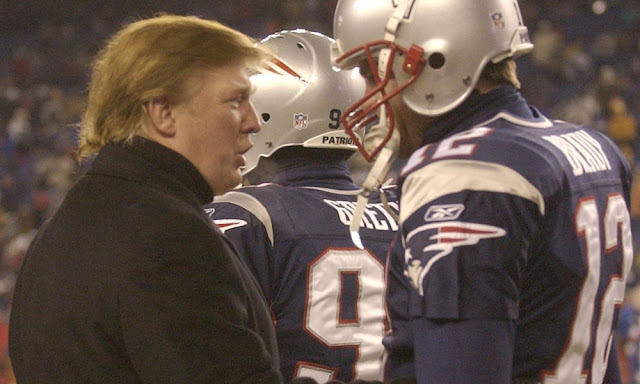 Tom Brady is not expected to attend the Republican National Convention, nor is he expected to speak on Republican presidential nominee Donald Trump's behalf when the event takes place in Cleveland later this month.

According to Trump, who will say literally anything to appease people, he told Brady not to publicly endorse him.

"He’s got sponsors, he’s got all of his different things that he has to do," Trump told WEEI in February. "And I told him not to.

"He couldn’t be nicer. There was an article in GQ, he said, ‘Trump’s the biggest winner, you can’t beat Trump’ and all that stuff. And I said, ‘Don’t do that, because you may have a sponsor that doesn’t like me.’ They may be liberal, they may be something. And I don’t want him to get involved in that stuff. It’s hard for athletes.

"Now, with that being said, I have had many athletes endorse me. Lots of different guys have endorsed me, which is great. But Tom's in a very interesting position, and I said, ‘Tom, don’t do that.’ What he does is he says great stuff about me.


The friendship between Trump and Brady, as well as Robert Kraft and Bill Belichick is well documented. No one truly knows what their political views are despite Trump speaking glowingly of all three on numerous occasions. Brady also had a "Make America Great Again" hat in his locker during last season.