Max Kellerman has some "interesting" comments about Tom Brady's future 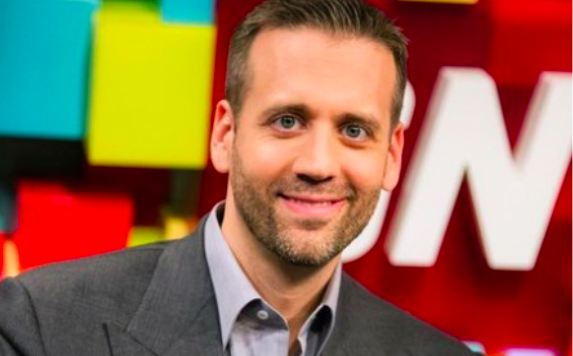 Max Kellerman has made quite the first impression in his first week at First Take.


As if ESPN's First Take wasn't annoying enough already. For the longest time, one of the only talking heads at the Worldwide Leader of Sports who supported the Patriots was the former co-host of First Take, Skip Bayless. Now, Bayless was wrong about pretty much everything that came spewing out of his mouth, whether it be on live television or on Twitter. For example, one of his tweets said that Johnny Manziel would one day be more famous in Cleveland than Lebron James... However, it was nice to see some positivity about New England on an ESPN show for once, but now that he's left to go spread his toxicity someplace else, we're left with someone far more worse than Skip, Max Kellerman.

Kellerman was formerly on ESPN's SportsNation, but now he's starring alongside the already annoying Stephen A. Smith on First Take, which garners much more national attention than SportsNation. And if you didn't know, Kellerman is a self-proclaimed Giants superfan, so I already hated him before he moved across the lot to First Take. However, my hatred for him grew today when he spoke out about Tom Brady's future. I'm not going to put the video snippet in this article because I just get madder every time I watch it, but if you want to go listen to this guy talk about how Brady will soon be a bum, then here's the link.

If you didn't want to put yourself through that annoyingness, here are the highlights: Max Kellerman starts talking about how Jimmy Garoppolo and the fact that Tom Brady is nearing the end by saying,

"He's just about done. He's going to be a bum in short order."

Now, if that doesn't get your blood boiling with anger then nothing will. This guy, just like the rest of the league, wants to believe and hope with all their heart that Tom Brady will retire sooner than later so that their favorite team can have a chance of winning the Super Bowl without having to gameplan for Brady and company. Well, if what Tom said is true about him retiring, then the only thing he's going to be doing in short order is dismantling every team in his path en route to his 5th Super Bowl Title. The only good part about that video was Stephen A. roasting Kellerman on how he is wrong in every way, which is the only time I've seen Stephen A. defend the Pats.