No big deal, just Gronk and Paul McCartney hanging out 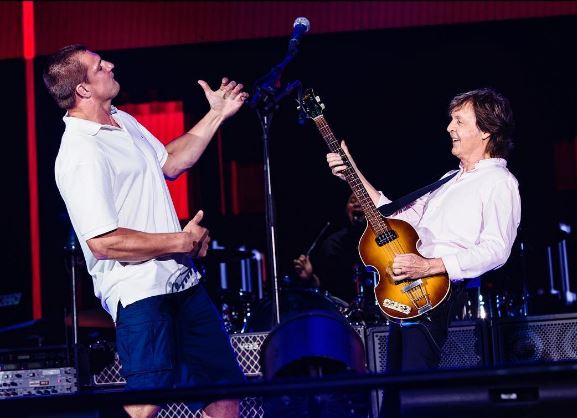 Fans in Boston were treated to the talents of Paul McCartney on Sunday night, as the legendary ex-Beatle brought his "One On One" tour to Fenway Park for a night of music and merriment.

New England Patriots tight end Rob Gronkowski was among the many in attendance to watch the 74-year-old rocker -- after all, the Summer of Gronk is still very much in full effect. But Gronk's concert experience was slightly different than that of the average fan in attendance.

Yes, that's Gronk on stage with Sir Paul as he performs the classic Beatles track, "Helter Skelter." Also joining in on the fun is legendary Grateful Dead guitarist Bob Weir.


Friendly reminder: you may be cool, but you'll never be Rob Gronkowski playing air guitar while on stage with Sir Paul McCartney and Bob Weir cool.