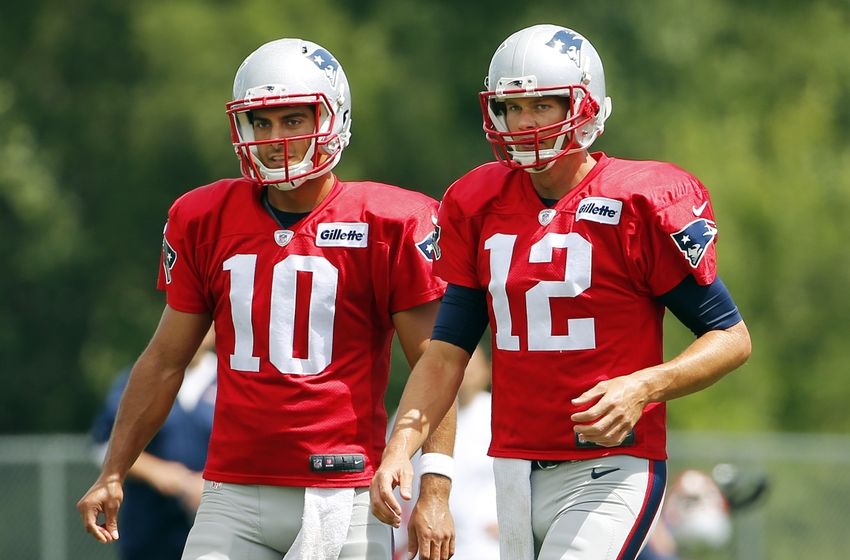 Plenty of support was seen for Patriots quarterback Tom Brady as training camp got underway in at Foxborough, MA yesterday. This is the first glimpse of Brady in action we have seen since he decided to drop his side of the legal fight with the NFL, in the Deflategate case.

Matt Bishop, a 19-year-old student from East Taunton, Mass. was at training camp:

“Aaron Rodgers can go out and openly say he overinflates footballs, and no one bats an eye. (Former Tampa Bay Buccaneers quarterback Brad Johnson) said he paid off someone before the Super Bowl to deflate footballs. No big deal. But God forbid angel-faced Tom Brady goes out there and deflates some footballs.”

Well, you can get this guy's point, can't you? A prime example of this lately is tyrant Roger Goodell, commissioner of the NFL, who decided to dismiss the case against 'the saint' that is Peyton Manning of allegations that he used performance-enhancing drugs. How is that different in severity to deflating footballs?! Goodell is a place where the power has gone to his head, as he puts himself in the position of the judge, the jury and the executioner which gives no one a chance, you could look at him weirdly and get a 4 game suspension.

Anyway, in training camp itself, there were plenty of t-shirts with phrases such as 'Tom Brady's the man' and 'Tom is GOD' supporting the 38-year-old quarterback. Nothing seemed different though with Brady taking first reps most of the time as well as spending extra time practicing routes with Rob Gronkowski and newly acquired tight end Martellus Bennett from the Chicago Bears. Third-year pro Jimmy Garoppolo who has been thrust into the limelight lately because of Brady's ban was the QB taking part in the 11 v 11 practice later in the session. Obviously, his biggest test will be the primetime opener against the Cardinals in Arizona, with many people putting on bets on these to two teams to meet at Super Bowl 51 in Houston. Garoppolo and the Pats then follow that with home games against the Dolphins, Texans and Bills.

With lots of support at the opening days of camp for Brady, fans have to think let's support Garoppolo as well, he's our man now. Although when you see him taking reps the anticipation grows ever more for when Brady returns. So Cleveland be ready for Week 5.