Patriots likability ranking shows how universally hated they are 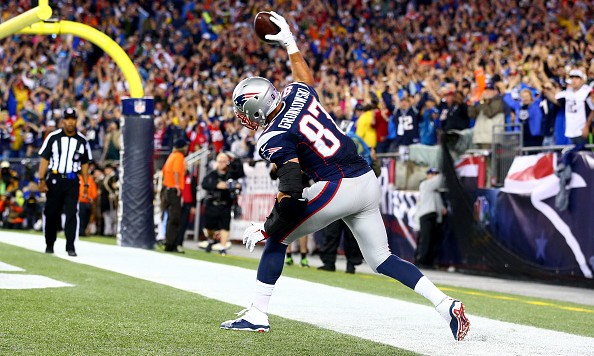 There aren't a lot of people outside of the New England area who like the Patriots, which is probably the least shocking thing you'll hear all day.

Each NFL squad was ranked in terms of their overall likability by USA Today and the Patriots came in at 31, only in front of the Washington Redskins, who are dealing with a controversy that should be, but probably isn't, bigger than anything the Patriots have been involved in.

The coach is an evil genius, they drafted one of the best quarterbacks ever in the sixth round, and the fans are never shy about boasting about it all. Only once since 2001 have the Patriots lost more than 10 games, and that year — in 2002 — they won nine. Absurd. Four Super Bowl wins plus two more finals over the same period along with a host of different scandals means Pats fans can count themselves lucky, very lucky, that they’re only second-last on this list.

Regardless, you really can't argue with that logic. The Patriots have had sustained success for much longer than most modern sports franchises, especially in a hard salary cap era where it's hard to keep players at reasonable prices. Then again, not everyone is Tom Brady.

And of course, with that success come the cheating scandals. You know their names. No matter the size of the infractions, these scandals will forever peg the Pats as perennial cheaters in the minds of many. There probably isn't anything that will change those people's minds. They want to see the Patriots fail because they feel like their team was robbed by New England at some point during this run of dominance.

But people's opinions outside of New England shouldn't matter to Patriots fans. Besides, being the villain is kind of fun. It makes winning that much sweeter.