Randy Moss speaks on weed use in the NFL 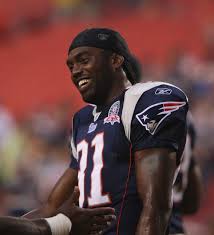 Hall Of Fame wide receiver Randy Moss has never been afraid to give his opinion on certain issues.

One of today's issues in the NFL today is how the NFL should regulate Marijuana rules. Moss who has had his run-ins with the drug, spoke in the issue on Monday Morning Quarterback with SI.com:

Do you think the NFL should remove marijuana from its list of banned substances?

MOSS: I think the NFL just needs to loosen up the rules and let everybody live.


Moss also spoke on rookie Larmey Tunsil, who was projected to be a top 3 pick in this year's draft but his stock took a hit as a video of him smoking an unconfirmed substance leaked during the night of the draft. Tunsil slid all the way to the 13th pick with the Miami Dolphins taking him. When asked should this be considered a character issue. Moss didn't agree it should.

MOSS: My definition of "character issues" is based on if a guy is hurting his teammates. I think when you are caught on camera smoking something or slamming a six-pack of beer, that's not a character issue. I think if a guy is out there driving under the influence, beating women or doing something that will really hurt others, that's where you have to be able to draw the line. I don't know what [Tunsil] was smoking in the video on social media, but he wasn't hurting nobody. He was just doing it to himself. So people are calling that a character issue? That's not a character issue; the young man is just being himself. There are a lot worse things out there that people can put on social media. I think the impact is based on hurting anybody else and putting anybody else's life at risk. There are certain things where you have to draw the line. But there is going to be something new every year, so get ready for this story for next year.


Will the NFL ever change the rule on marijuana? Or will every time we hear that an athlete is using marijuana it will be a big issue like Moss stated? This issue needs to be addressed sooner or later