Should Brady get 1st team reps in training camp? 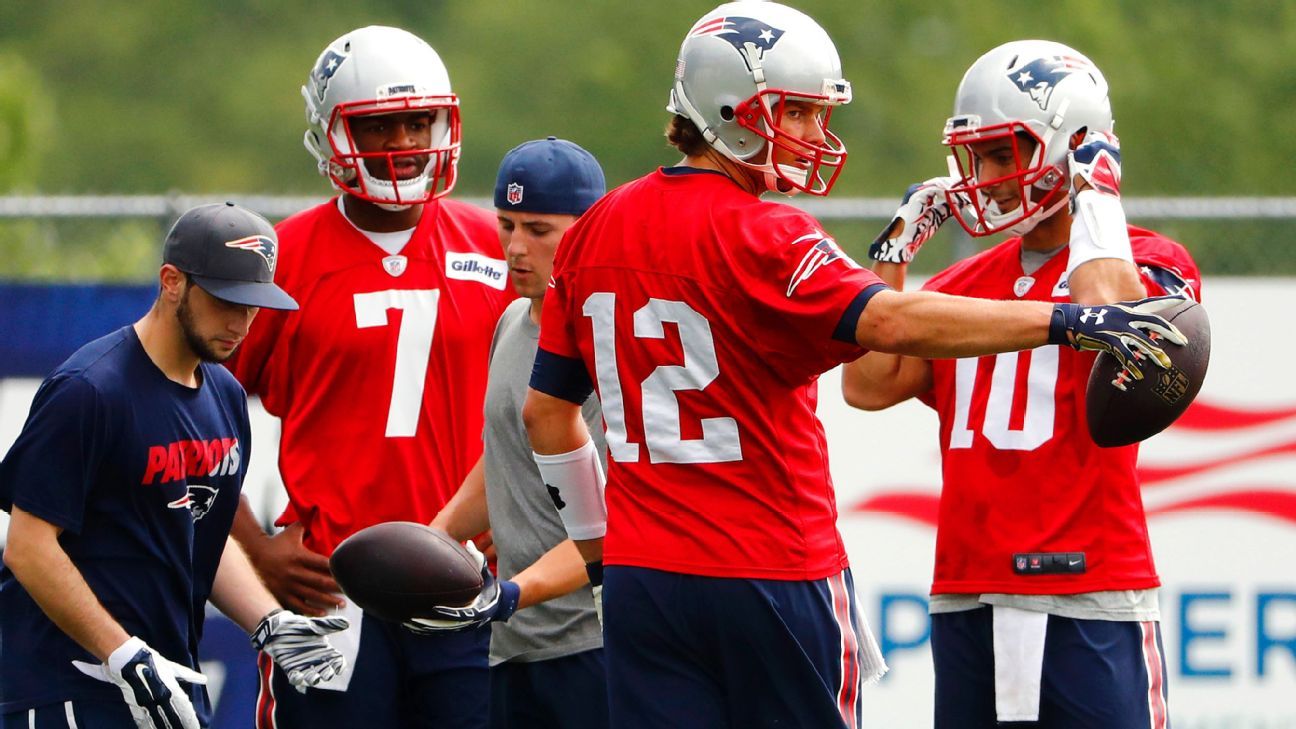 Once again this offseason has been dominated by Deflategate. Did this have to carry on this long, really?

With Tom Brady having to finally succumb to the pressure from the NFL and the Supreme Court to reinstate his 4 game ban, which has probably mentally fatigued him, he now has to think about not getting No.1 reps in training camp for the first time since the 2001 campaign.

The outcome of Deflategate doesn't look like it has altered Bill Belichick's plans though, as he looks to give Brady 1st team reps early in training camp, alongside the starter in the first 4 games of the season Jimmy Garoppolo. If you think about it, although he is undoubtedly world class Brady needs to have some reps under his belt to get him ready for the season as much as a Malcolm Butler does who will play the first 4 games, it's the mindset of getting back into football after a long offseason.

In terms of the way it will pan out, Brady will be given No.1 reps alongside Garoppolo going through the early stages of training camp and the pre season. The Deflategate ban doesn't cover the pre season, so he could get some valued game time although the pace is nothing compared to the regular season as we all know. To be honest we would all be laughing if Brady only had to miss those 4 games in the pre season rather than the regular season.

Also it is key for Belichick to give some confidence, and allow some reps for rookie Jacoby Brissett because coming from college into the league can be a daunting prospect. In particular if Garoppolo goes down injured, he will have to step in as the starter against some huge defenses, like the Cardinals or the Texans. When it comes closer to the season opener on Sept 11 Garoppolo will solely get 1st team reps and when Brady returns in Week 5 against the Browns, it will be back to business as usual for the Pats.