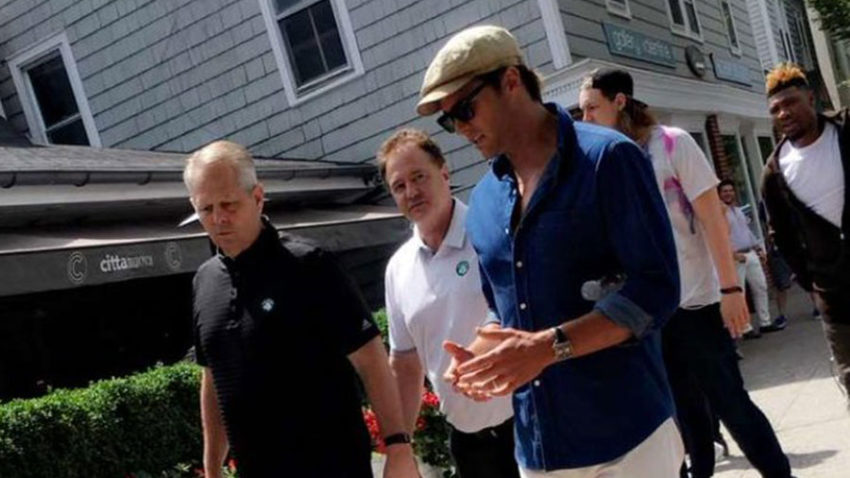 In his years of playing in Boston, Tom Brady has gotten a lot of wins for the New England Patriots, including four Super Bowl victories. But recently he almost pulled off an incredible win for another Boston area team.

While free agent, Kevin Durant, was meeting with different teams, Danny Ainge, Celtics president of basketball operations, thought to call in for help from a Boston sports star to try and land the free agent. Ainge called Brady and within a day Brady was committed to recruiting Durant. Bringing in the beloved quarterback helped show Durant what it was like to win and play in Boston, and what great of a place it is to raise a family.

While the meeting took place in the Hamptons, Brady led the pack, including three Celtics players, to Kevin Durant's front door. Wyc Grousbeck recalls Durant saying "Wow, this is big." Durant was starstruck by Brady and the pizazz the Celtics put into trying to recruit him.

ESPN recently caught up with Durant while preparing for the Summer Olympics and asked him about Boston's pitch:

I was ready to just say, ‘OK, let’s go,'" Durant said after seeing Brady. He went on to say "Just seeing someone so successful at his craft. He's a great ambassador for the game of football and the city of Boston. It's great to be in the presence of such greatness. But at the same time, I knew I couldn’t let that distract me."


Although Durant ultimately chose the Golden State Warriors, Brady's help put a twist in his decision. So even though Tom Brady couldn't get this win for the Celtics, he still has gotten the Patriots a lot of wins and many more to come.