The scariest team in the NFL is... 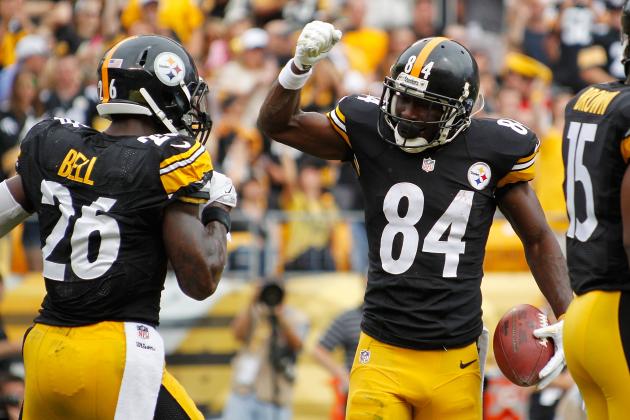 Before I begin writing this article, I feel like I must address the Patriot fanatics that will yell something along the lines of, "The Pats are the most pissah team in the league and anyone who says otherwise can go join Goodell and his hoard of minions!" Before I go and join the ranks of the crooked NFL Commissioner that reigns over this league, I 100% believe that the New England Patriots will win the Super Bowl in 2017 and are by far the scariest team in the league. In my eyes, their talent and depth outmatch each and every squad in the NFL, including the team that I think is the biggest threat to the Pats, which you all have probably figured out from the picture, is the Pittsburgh Steelers.

Prior to last season, I believed the same thing as I do now: the Pittsburgh Steelers are the scariest team in the NFL, besides the Patriots of course. However, 2015 decimated the Steelers roster in terms of injuries, and they couldn't keep up with the Bengals in the AFC North. Nonetheless, Pittsburgh is looking even fiercer this time around, as they added some solid veteran players to try and compete with the rest of the stacked AFC conference.

At first glance, the Steelers roster seems incredibly intimidating, with possibly the best offensive trio in the NFL leading the charge. Ben Roethlisberger, Antonio Brown, and Le'Veon Bell are some of the most skilled players at their respective positions, and to have them on the same team is almost unfair. They are all huge difference-makers and each have the definite ability to take over a game if given the opportunity. Roethlisberger has been leading the Steelers at quarterback for over a decade, and is still one of the best passers in the league, but he is slowly deteriorating. Antonio Brown is, without question, a top 3 wide receiver in the game with some of the best hands and footwork that you'll ever see on a player. And Le'Veon Bell, when healthy, is possibly the shiftiest back out there and can run all over the defense if you let him. Back in 2014, his last full season, he totaled over 2,000 yards from scrimmage, which was an NFL high that year. If Bell can stay off the Injury Sheet, he's one of the biggest assets a team can possess. With all 3 of these players sharing the field at the same time, how can you not say that they are a legitimate threat in the AFC, or the NFL for that matter?

However, a Super Bowl is not won by just a few talented players, it's won by a whole team, coaching staff and all. On offense, Pittsburgh doesn't have too much of a concern, with the trio mentioned above paving the way. The O-Line looks average, not good not great, and the depth behind Antonio Brown at receiver is a little shaky after Martavis Bryant's year-long suspension, but Markus Wheaton and rookie Sammie Coates should provide Big Ben with enough help to get by. There is one position on this offense that does look somewhat intriguing, and that's at tight end. With the retirement of Heath Miller coming as no surprise, the Steelers needed to act fast this offseason as the tight end market was very slim. Enter Ladarius Green. The former Charger will undoubtedly make a big impact in Pittsburgh; he's big, athletic, and can run routes extremely effectively, a player that Roethlisberger loves to have out on the field. If head coach Mike Tomlin can implement him the right way in his gameplan, this offense is going to be even more explosive.

Now, every team has a weakness. For the Patriots, it's the offensive line; for the Steelers, it's the secondary. The defensive line shouldn't be too much of an issue, which is why it's not their biggest weakness, as they drafted a few rookies who could prove to be quite useful. Ever since the glory days of Troy Polomalu and his long, flowing hair, the Pittsburgh secondary has been a trainwreck of sorts. The cornerbacks don't do their job half the time and when they don't perform the safeties don't help them out downfield, it's chaos. Just go back and take a look at some of Brandon Boykin's film from last season, it's utterly abysmal. If there is one thing that can stop this team from being a perennial Super Bowl threat, it will be that secondary. Veteran cornerback William Gay will have to be picking up a lot of slack if this year is going to be anything like it was last year, and as a Patriots fan, I really hope it is. Rookies and second-year players will absolutely need to step up in order for the offense to have a shot at scoring more points than the defense will let up.

To be blunt, if you're a Patriots fan, this Steelers team should scare you a little. They have weapons upon weapons on offense and if the Pats defense isn't careful, Big Ben could drop a 40-bomb on us. Now, that's not to say that I think Pittsburgh can beat New England, because I don't, but they're a team I'd rather not face in the playoffs, suffice it to say. However, it is the Tom Brady Revenge Tour Part II, and it doesn't matter who you throw at the Pats, they're getting to Houston one way or the other.