Gronk calls out Cowboys for using 'Do Your Job,' also returns to practice 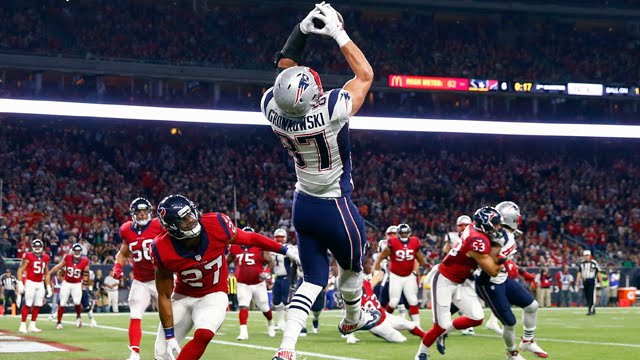 Rob Gronkowski is among the many who aren't thrilled with the Dallas Cowboys stealing the "Do Your Job" battle cry, which has been said more times in Foxboro the last two years than anyone can count.

Please, for the love of God, no more "gates."

We're not sure who had the idea to use "Do Your Job" in Dallas, but it's a pretty pathetic attempt to mimic the Patriots. They may be hated publicly, but something like this goes to show how every other team in the NFL wants to operate like New England does.

Speaking of Gronk, he returned to practice yesterday for the first time since Aug. 15. With all the recent injuries New England has been forced to deal with, getting Gronkowski back on the practice field is a big sigh of relief. It was always believed that his injury wasn't serious, but the longer he remained out, the more fans had to worry.

He won't play tomorrow against Carolina and won't play next week against the Giants either, which isn't a surprise. Gronk has not played in a preseason game since 2012, according to CSNNE.