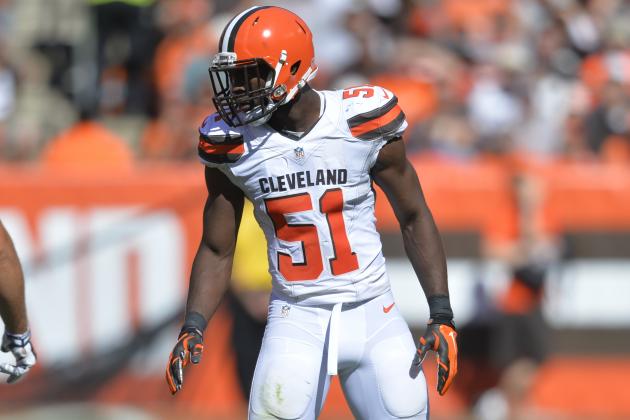 In a trade that no one saw coming, New England has acquired linebacker Barkevious Mingo from the Cleveland Browns, with the Browns return currently unknown.

Well, color me intrigued. Mingo was the 6th overall pick from the 2013 draft, but he had not quite panned out in Cleveland as well as he was intended to when he was drafted. However, the potential is there for Mingo to still be a productive defensive player in the NFL, and the Patriots are an ideal landing spot for him to revitalize his career; see Jabaal Sheard, another former Brown. New England has liked Mingo's edge rush versatility since the draft and with his value being relatively low right now, this trade makes a lot of sense.

Mingo was a fairly big name coming out of LSU in 2013, as he earned two consecutive Second Team All SEC selections. He announced his decision to enter the draft in December of 2012, and garnered a fair amount of attention as he put on quite the show at the NFL Combine, earning a grade of 92 by the experts. He played at least 15 games for the Browns in the three years he was there, racking up 42 tackles in two of the three years. However, weight gain and a lack of production caused Cleveland to decline his option last year.

He definitely has the potential to be a contributor on the Patriots, and with the triceps injury to Rob Ninkovich and Shea McClellin still not 100%, he could step in right away and be of instant help. Now with "KeKe" in the mix, it's safe to say that linebacker is the Patriots deepest position, with a ton of playermakers already on the roster. However, the former LSU Tiger will need to prove he belongs on the team, as he has a history of a poor work ethic and a lack of motivation, which will not fly under Belichick's watch.

In my personal opinion, New England made a solid trade, with Mingo having the potential to outshine his former Cleveland self, and should benefit from being surrounded by the likes of Dont'a Hightower and Jamie Collins.