Hoyer gives Garoppolo advice ahead of the new season 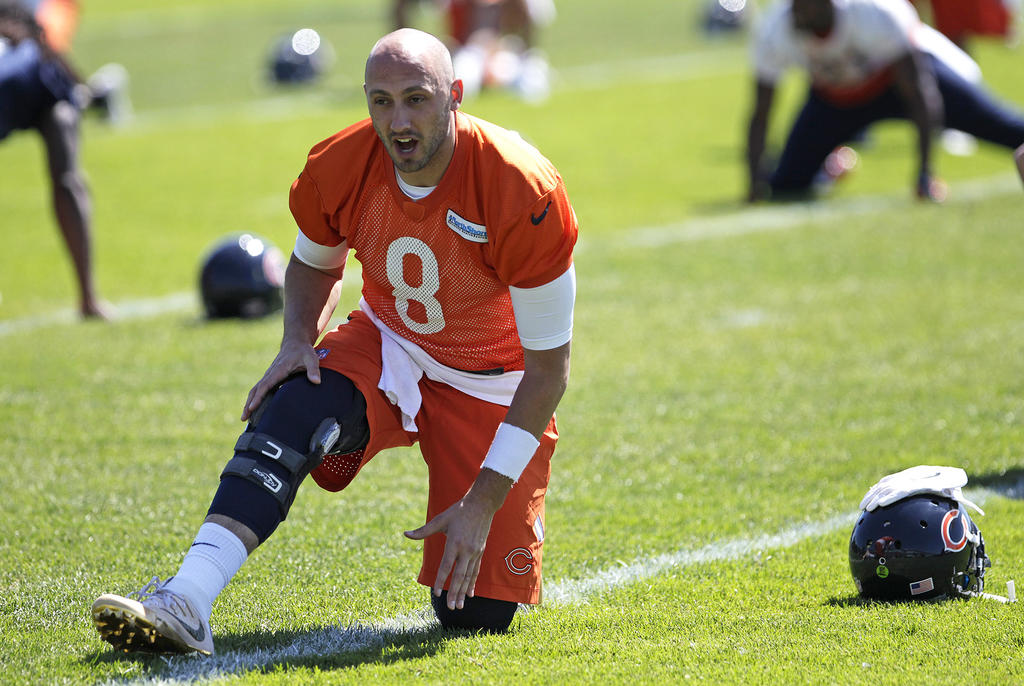 Brian Hoyer has been around the block representing teams such as the Browns, Cardinals, Steelers, Texans, and formerly the Patriots. During his days in Foxborough Hoyer was Tom Brady's understudy after being brought in as an undrafted free agent. In the years 2009-11 he didn't gain much media attention but roll the clock forward 5 years, it's a different story.

The reason Hoyer is getting so much airtime is not because he is backup to Bears quarterback Jay Cutler but more he was Brady backup for 3 seasons. This is happening because of the buzz surrounding Jimmy Garoppolo as he looks to start the season as the Pats quarterback due to Brady's ban. The advice Hoyer could give to the third year QB could be vital.

The Bears backup mentioned about how much he learned from the Patriots star quarterback by just observing him. For Garoppolo it is a different situation to when Hoyer was in town. This is because as the starter he won't just observe him but Brady will be giving him a lot of help first hand, in comparison Hoyer never played a regular season game and didn't get this access.

When speaking to Erik Scalavino of Patriots.com Hoyer had some advice for Garoppolo:


I think there’s a saying: ‘When you win, the quarterback gets too much credit, and when you lose, he gets too much blame.’ That’s the way it goes. You keep on fighting.

It would be wise for Garoppolo to take this advice from Hoyer so that he can be ready for the season opener against the Cardinals. At the moment, Hoyer's current team the Bears are in Foxborough for joint practices ahead of pre-season game number two on tonight.