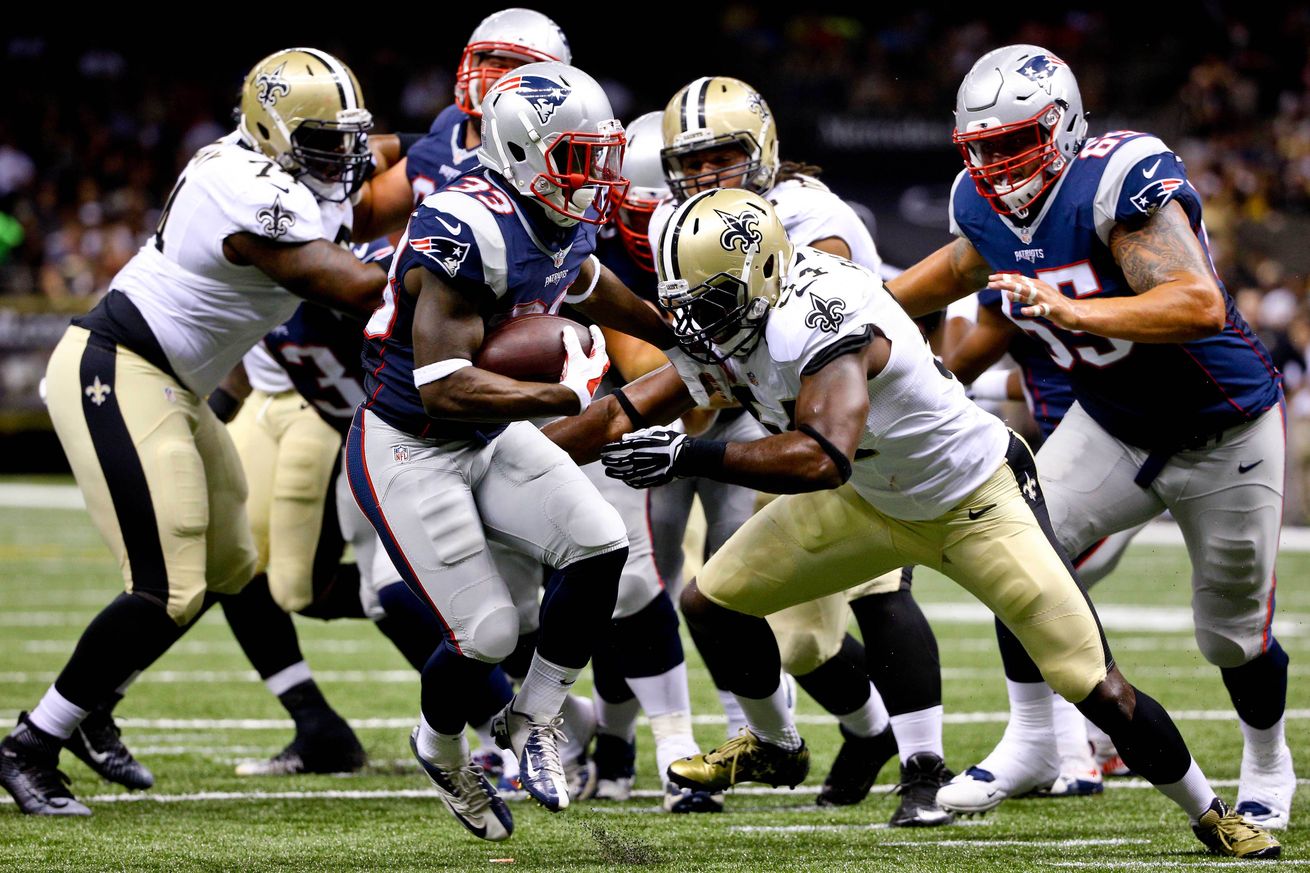 New England's depth this season, according to many who have attended training camp practices and by simply eyeballing the roster, is unmatched to any other previous year under Bill Belichick. The defense has numerous position battles, specifically at cornerback and defensive line, and the offense has more weapons than ever before with the acquisition of Martellus Bennett and rookies like Malcolm Mitchell. However, there are two areas that could hinder this team early on, especially with the suspension of Tom Brady.

Offensive Line
If you remember the catastrophe that was the 2016 AFC Title Game in Denver, then you more than likely have fond memories of our makeshift offensive line getting trampled by Von Miller and company. Brady couldn't find his footing all game and the Patriots still almost won and advanced to play Carolina in Super Bowl 50. This season, however, things were "supposed" to be different. We had more experience up front, more depth, and more versatility. However, with recent injuries to Sebastian Vollmer, Shaq Mason, and Jonathan Cooper, and the never ending weirdness to the Bryan Stork situation, New England finds itself in a bit of a hole to start the season. Any scenario with Marcus Cannon at a starting position should make any Pats diehard quiver in their boots. It's not that the talent isn't there with the players available, it's that just last season New England was in this exact situation and that line was the kryptonite of that team. Without a solid line up front, the same thing that happened last year could be on the horizon yet again this season. The good part about this lack of depth is that there's still time to pick up a veteran or UDFA or trade for a player that could benefit from a change of scenery.

Running Back
I so wish I could write something good about our running backs for once. In fact, our situation at running back was solid about a week ago. Dion Lewis was coming back from injury, Blount and White were tearing up the field, and Tyler Gaffney was proving to be quite an asset. However, all of that changed when it was reported that our breakout star from last season, Lewis, would require another leg surgery. All of a sudden, New England's running back position became a bit more complicated. Lewis was supposed to be the key to everything, with him being our every down back, it would give way for Blount and others to come in randomly and confuse the defense. However, with Lewis out, the Patriots now need someone like White or Brandon Bolden to step up in a big way. Although, the production more than likely will not be equal to what Dion would have brought to the table. I don't know if it's just me, but I'm not extremely comfortable with a running back corps of James White, LeGarrette Blount, and Brandon Bolden, which is close to what we had last year. However, White was a spark plug on offense near the end of last season so I wouldn't be surprised if New England used him very similarly to the way they used Lewis last year and he produced more than people are expecting.

All in all, the depth at these two positions will help dictate how the Patriots play this season. The offensive line was a huge reason why New England wasn't hoisiting the Lombardi Trophy in Santa Clara last year, and it could contribute to why they don't make it to the Big Game again. With the running backs, it's not as a big deal due to the fact that the Pats don't put a huge emphasis on the run game. However, every team does need some type of rush attack to give legitimacy to the passing game. With Blount, you never know what you're going to get; it could be a 200 yard game or 30 yards with 22 carries type of game. White has the potential to be a breakout player, but doesn't possess the quickness and ability of Dion Lewis. In any case, the depth isn't necessarily a problem with the running backs corps, it's the talent that's there. In my opinion, both of these positions need some kind of added depth, whether that be through trade or the waiver wire.