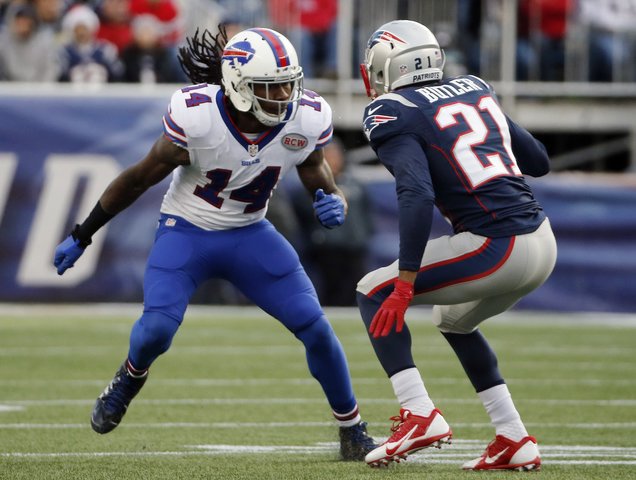 Despite their somewhat unexpected 3-0 start. there's been one area on defense that New England has struggled with: containing speedy receivers. Yes, last Thursday both Deandre Hopkins and Will Fuller had a very quiet night with the exception of Hopkins making some ungodly like catches but this was more due to the fact that Brock Osweiler performed very poorly. If you take a look back at Week 2, Miami speedster Jarvis Landry torched the New England secondary on multiple occasions, contributing largely to the Dolphin's surprising second half comeback attempt. In their upcoming game with Buffalo this Sunday, there's one receiver that really could have done some damage against Malcolm Butler and company, but fortunately for the Pats, Sammy Watkins has been officially ruled out by the team.

This is a bit of a win-lose situation for New England, as Watkins is out and that bodes well for the 4-0 start all New Englanders want to see, but also, according to head coach Rex Ryan, there is "major concern" about Watkins' long term status. This is something I never like to see and even though he is a Bill, he's one of the few Buffalo players that doesn't talk trash about the Pats during the week leading up to their match ups. I like the fact that New England doesn't have to face him and that should just attest to the respect that I and probably the Patriots team as a whole have for him as a player. Hoping that nothing long term is in store for Sammy Watkins, but as for now, he has been officially ruled OUT for Sunday's game.