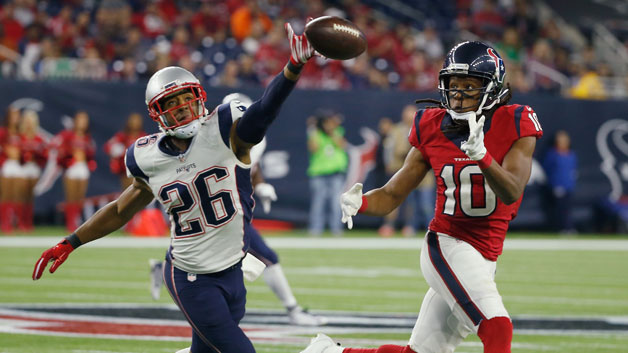 There is no other player surely that has the dedication to playing his position more than Logan Ryan. In his second year as starting cornerback, he has extensive notes on over 30 receivers he has faced but this hasn't been assigned to him by the coaching staff. Ryan keeps producing this information off his own back!

His notes are a combination of the coaches film, hi studying and what he sees on Sundays, all stored on his IPad in bullet point form.

"I watch every game they play, every route they run, and compare that with what I have from previous years," Ryan explained. "If I have notes from previous years, I see how much they stand up (to the new film). And most of the time they do. That's just how guys play. Guys are going to play their games...They're little tips, but they're not gold. You still have to play each play."

The fourth-year cornerback has notes on the likes of Brandon Marshall, DeVante Parker, DeAndre Hopkins, Demaryius Thomas etc. These are some big time receivers and Ryan is always looking to gain an advantage, which is credit to the work ethic and ambition. He is set to be a free agent at the end of the season and its key for the Patriots to lock down one of the cornerstones of the franchise to a long-term contract because at 25 years of age, he is the future of the Patriots.