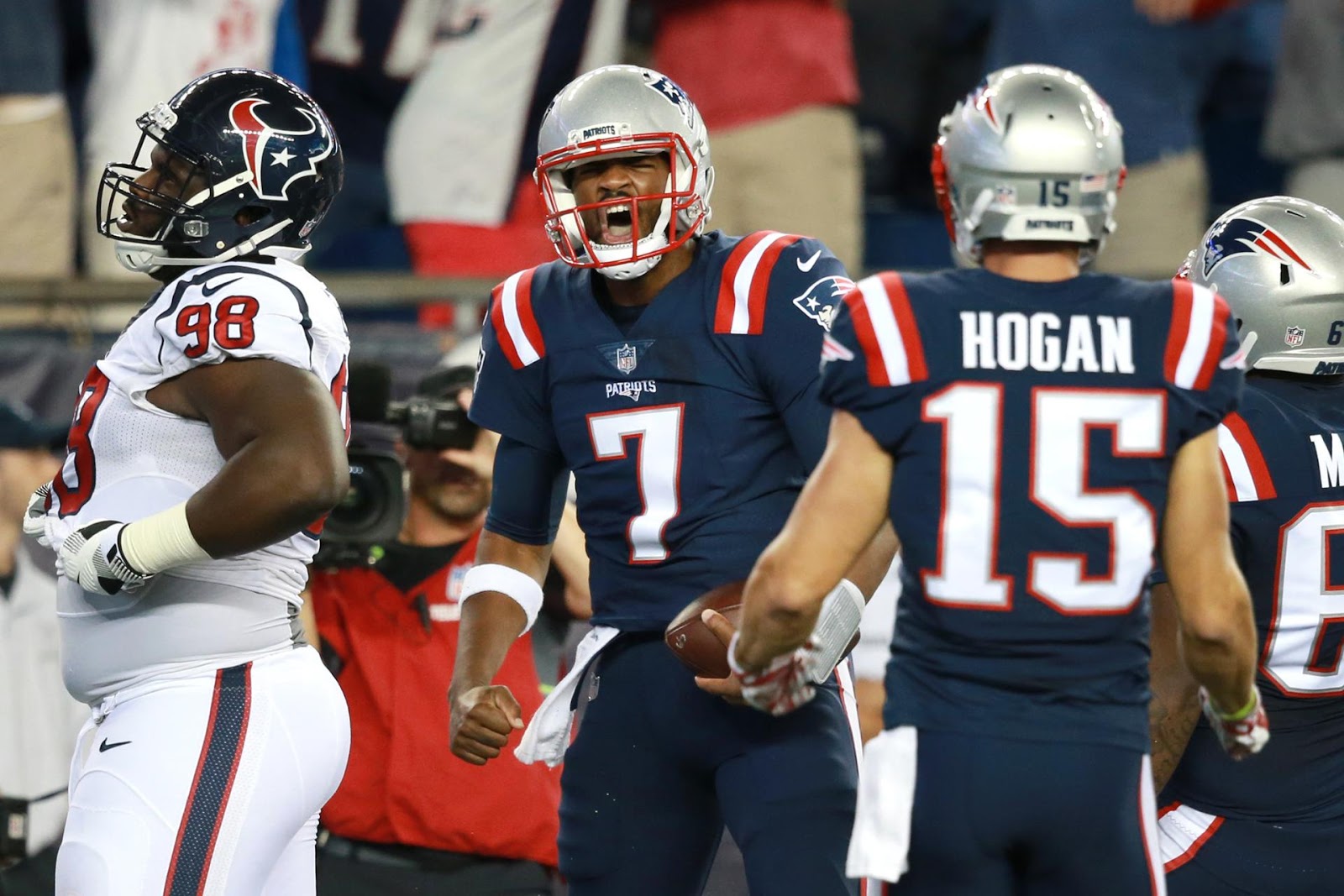 One day after leading the New England Patriots to a 27-0 victory over the Houston Texans news has come out about an injury to quarterback Jacoby Brissett. According to Mike Petraglia the injury to Brissett's thumb occurred during the 2nd half of the game and will potentially require surgery to repair torn ligaments.

No timetable has been reported for recovery so it is unknown yet if Brissett will be available for the Pats fourth game of the season against the Bills two Sundays from today.