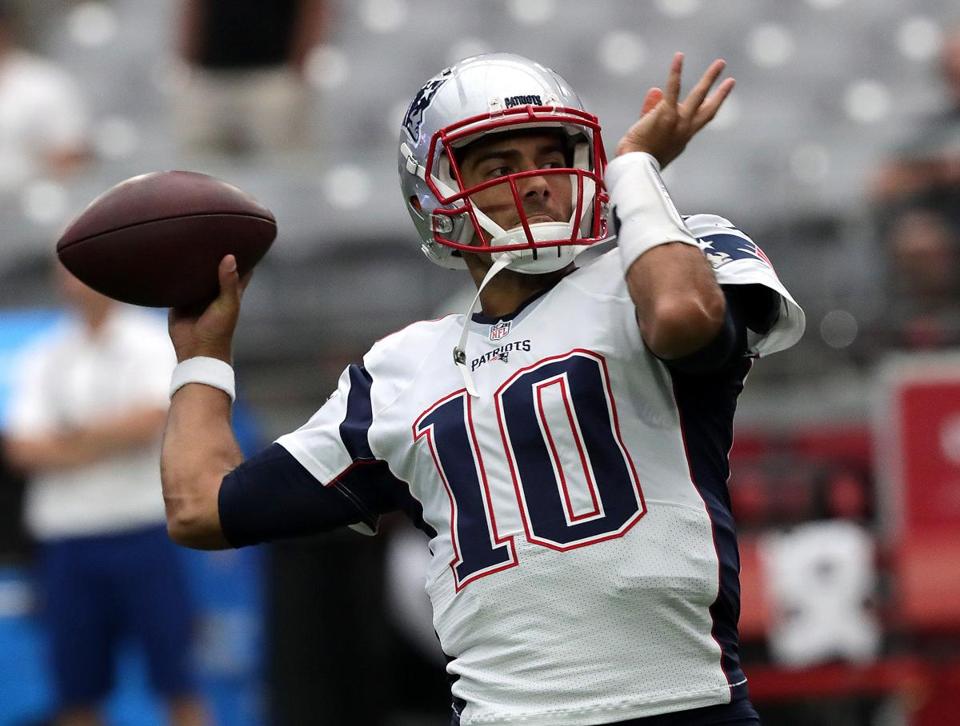 New England Patriots quarterback Jimmy Garoppolo could make a return to the lineup in Week 4 next Sunday when the team hosts Rex Ryan and the Buffalo Bills at Gillette Stadium.

Garoppolo has a “chance to be ready,” a source told ESPN’s Adam Schefter on Friday. The 24-year-old out of Eastern Illinois has 496 yards, four touchdowns and no picks in two starts this season. He has the fourth-highest QB rating in the NFL at 119.

Patriots also believe QB Jimmy Garappolo has chance to be ready for Buffalo in week 4, per source, but still too early to say for sure.
— Adam Schefter (@AdamSchefter) September 23, 2016

While Garoppolo would have to show the coaching staff next week in practice that he is indeed cable to perform after suffering an AC joint sprain against the Miami Dolphins, his return would be timely given the reported thumb injury to Jacoby Brissett.

As of now, the exact nature of Brissett’s injury is not known. Some reports out of Boston have indicated that the rookie suffered a torn ligament. The team has not commented on his status, but Schefter also tweeted that a colleague learned Brissett was “fine.”

Whatever the case may be with the quarterback situation come next Sunday, the Patriots just have to find a way to grind through 60 more minutes until Tom Brady makes his much-anticipated return in week 5 against the Cleveland Browns.

In addition to Julian Edelman, it’s worth noting that tight end A.J. Derby has quarterback experience. The Arkansas product played two years behind center before changing to tight end for his senior year in 2014.