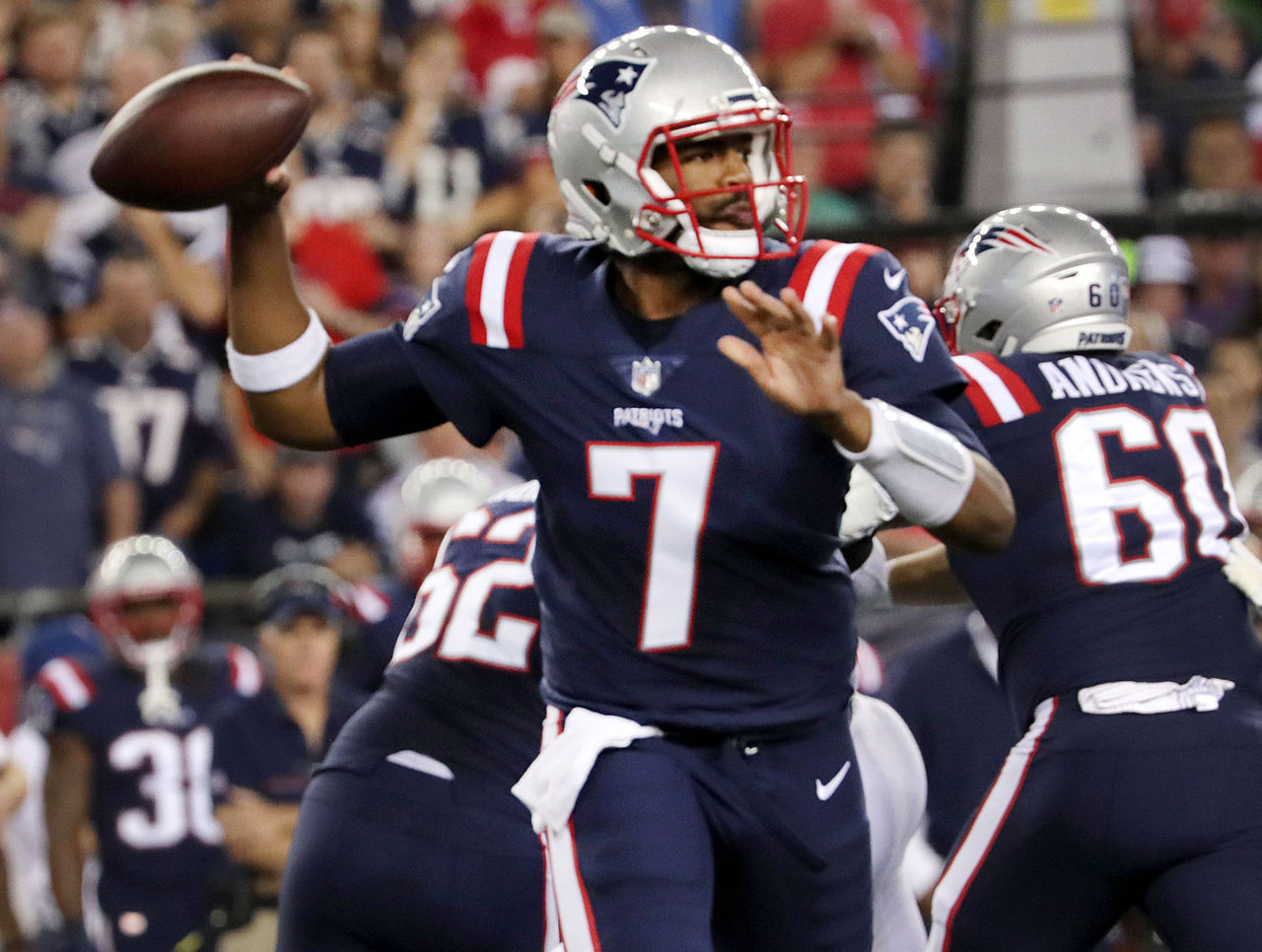 It was a first on Thursday night for the Patriots. Starting a rookie quarterback in a regular season game is almost unheard of, for a Bill Belichick lead team. Although it was a different quarterback it was still the same result.

Jacoby Brissett on his NFL debut played brilliantly in more ways than one. No turnovers was key as one of the most potent defenses in the NFL weren't given a sniff. On top of that his sublime game management and his ability to keep moving the chains was exemplary against the Texans but shouldn't we expect this now from a Patriots quarterback. The same questions arose in the direction of Jimmy

Garoppolo at the beginning of the season and now Brissett and both answered them admirably. Belichick just has a way of getting the best out of quarterbacks whoever he is.

The Patriots have the chance now to go undefeated before Brady even has to play a snap, which was originally looking unlikely. Brissett injured his thumb in Thursday's win but with over a week before the game against the Bills, one of Brissett or Garoppolo surely will be fit.


“He handled himself great last week, this week, all week, every day,” Belichick said after the game. “He’s done nothing but come in here and work as hard as he possibly can — when we had three quarterbacks — to take his opportunities and learn from the other two guys, when it was him and Jimmy and then this week it was pretty much all him. He’s just a hard-working kid that is really dedicated to doing what’s right for the team and trying to improve on anything that you tell him. He just wants to do what the coach tells him to do. I’m glad we have him.”

It wasn't a standout display in the air from Brissett, completing 11 of 19 for 103 yards with no touchdowns but that wasn't his job. It was to manage the game and keep the offense ticking over. One bright spot, in particular, was his 27-yard quarterback run for a touchdown which showed his ability on the ground. This is positive to see because Brissett is looking like the perfect model for your modern day QB and the Patriots have a star of the future.