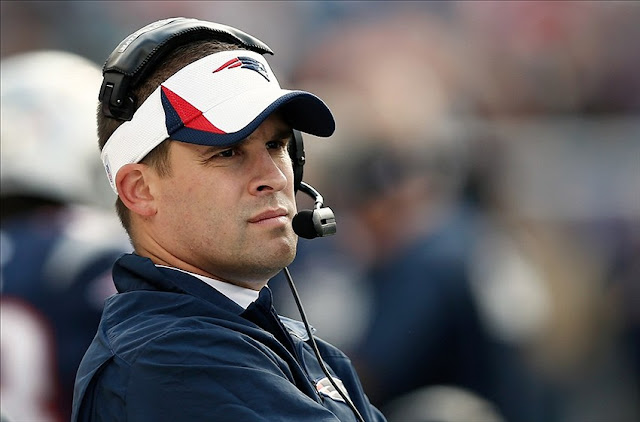 With a 12-10 loss to Seattle last week, the Miami Dolphins didn't get off to the start that they wanted. It doesn't get any easier for them this week, as they visit Gillette Stadium to take on the Patriots.

First-year head coach Adam Gase already has an overwhelming amount on his hands. Not only does he have to stop an offense that is already looking sharp under Jimmy Garoppolo, but he has to figure out a way to get through a defense spearheaded by a top secondary.

What makes it so tough for the NFL's youngest head coach to prepare against the Pats' offense? According to Gase, it all lies within offensive coordinator Josh McDaniels. Here's what Gase had to say, via MassLive's Kevin Duffy:

"The thing that makes it tough playing this team is (Patriots Offensive Coordinator) Josh (McDaniels)," said first-year Dolphins coach Adam Gase. "He'll do a great job. He'll figure out a way that's best for them this week. He's not going to do something that either the quarterback or somebody else can't do. That's what makes them so tough to go against, no matter who is playing on Sunday. They're going to adjust to their personnel and figure out what's best for that team and for that opponent they're playing."

Gase added: "I've been in a few games against these guys where all of a sudden, you show up and a completely different front or coverage (happens), and something pops in there and you didn't expect it. You have to be on your toes and ready to go. (It's the) same thing on their offensive side. We played them in 2011 and all of a sudden, they have a tight end back there running outside zone. I remember we didn't do that in scout team. (Laughter) It's one of those things where when you get to the game, you better be on your toes, because they're going to find a weakness. They're going to expose it, and they're going to go after it if you don't crack it."


Of note, Gase and McDaniels do have quite a bit of familiarity with one another. Gase was McDaniels' wide receivers coach during the latter's abbreviated head-coaching stint with Denver from 2009-10, and faced the Pats eight times throughout the rest of his tenure with the Broncos through 2014.

Gase's rookie season as an NFL coach has started off as a baptism by fire, and the Pats are a critical reason why. No coach ever wants to start 0-2, but it's a pretty significant possibility for him.