With QB situation in limbo, Patriots said to be ‘comfortable’ starting Edelman 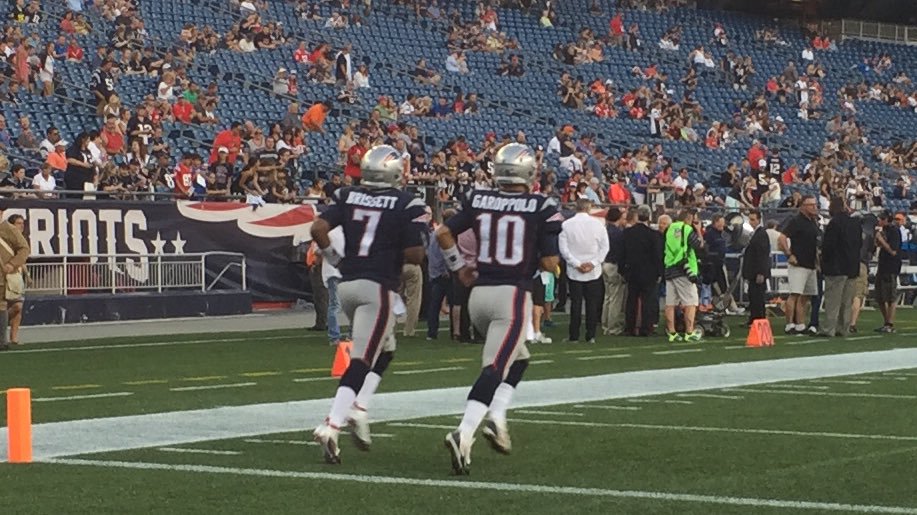 The Patriots' quarterback situation for this Sunday’s game against the Buffalo Bills is a total mystery. It even has some speculating whether or not it’s the week Julian Edelman gets the call under center.

When asked about the status of the banged up Jimmy Garoppolo and Jacoby Brissett, head coach Bill Belichick revealed very little, according to CSNNE.com's Phil Perry.

“We'll all give our injury report on Wednesday, as we always do, as we're required to do," Belichick said.

Given the lack of chatter surrounding the possible addition of a free agent quarterback, the NFL Network’s Ian Rapoport believes the team is confident in the health of Garoppolo and Brissett.

#Patriots have not made plans to bring in their FA QB of choice, TJ Yates, a sign they are confident in the health of Garoppolo & Brissett
— Ian Rapoport (@RapSheet) September 26, 2016

The Patriots did work out former Houston Texans quarterback TJ Yates last week, though it’s unclear if they would turn to him in an emergency.

But if push comes to shove, at this point, it seems like Edelman has a better chance of taking the field as quarterback before Yates is even considered as an option.

While on Sunday Night Football, NESN.com noted that ProFootballTalk’s Mike Florio said the Patriots are “comfortable” with starting Edelman because he "knows the offense inside and out."

Garoppolo missed last week’s game with an AC joint sprain in his shoulder. He was hurt when Miami Dolphins linebacker Kiko Alonso slammed him to the turf on Sept. 18. Brissett suffered a hand injury in Thursday’s shutout win over the Texans.

As coach Belichick made clear, all one can do is sit tight until Wednesday’s injury report is made available.