Rex Ryan focus on the whole team not just the QB 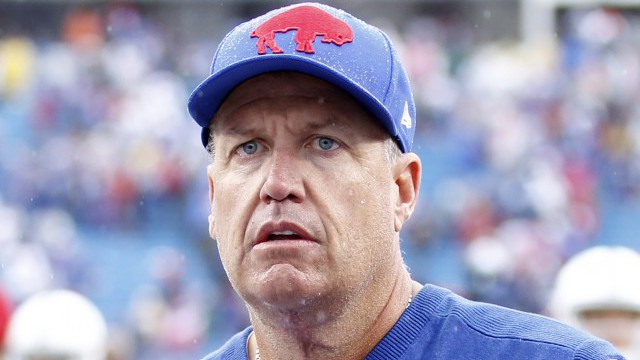 We don't know who is going to start quarterback against the Buffalo Bills on Sunday but Rex Ryan says he doesn't care. ESPN's Mike Rodak reports:

It could be either Jacoby Brissett who injured his thumb against the Texans or Jimmy Garoppolo who injured his shoulder against the Dolphins, all we know is it won't be Tom Brady who is serving the last of his four-game ban. A Bill Belichick team isn't all about the quarterback though which is evident in the first 3 games of the season so Ryan shouldn't get so brash.

Ryan should be thinking about the fact LeGarrette Blount has had back to back 100-yard games and has helped to finally establish a running game in New England that can compliment the passing game. Combine that with a defense that has played out of its skin for 10 out of 12 quarters this season. Shutting out a team with one of the best receivers in the league as well as stopping arguably the best offense in the NFL.

So once again Rex Ryan is talking trash and it is going to end up with another loss to the Patriots on his record.