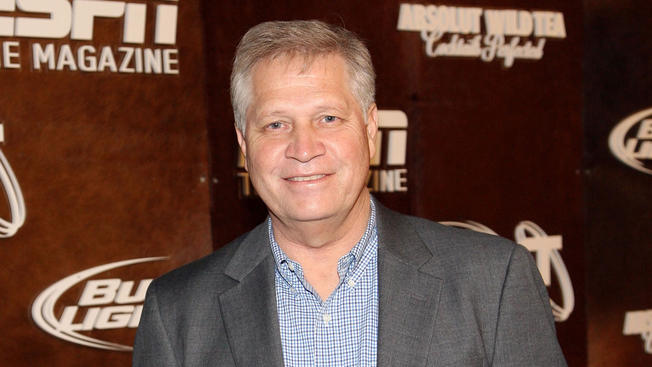 For all parties Deflategate was a year and half, that all involved can never get back. This includes ESPN NFL insider Chris Mortensen but the amount of hate that came his way on social media was unacceptable.

As Pats fans you would have had a bit anger towards Mortensen because he was the one who released the intial report that 11 of the 12 used balls in the 2014 AFC Championship game were underflated. Eventually Tom Brady got four game suspension and as a team they lost draft picks.

NESN's Cameron McDonough talked about what was happening to Mortensen after the report was released:


“Mort’s cool began to melt only when he started to get a number of death threats. ‘What bothered me is we’re in an era where if your wife goes onto social media, she basically reads that they want you to die,’ Mort said, via The Ringer. ‘Even after I got cancer, I got some death wishes.’

“The Mortensens live in Arkansas. But when Mort was working in Bristol, they often stayed in a house they leased in Connecticut. As the Deflategate threats began to pile up, Mort told Micki he didn’t want her traveling to Connecticut anymore. ‘My job is to protect her,’ he said. When Mort himself came to Bristol, he behaved like someone who was living under a public threat. He went straight from the ESPN studio to his home, avoiding restaurants and rarely appearing in public.”

Nobody really agreed with Deflategate in terms of the Patriots organisation and fanbase but Mort being being under public threat is not ok. The guy couldn't live his life due to fearing for his life from the threats.