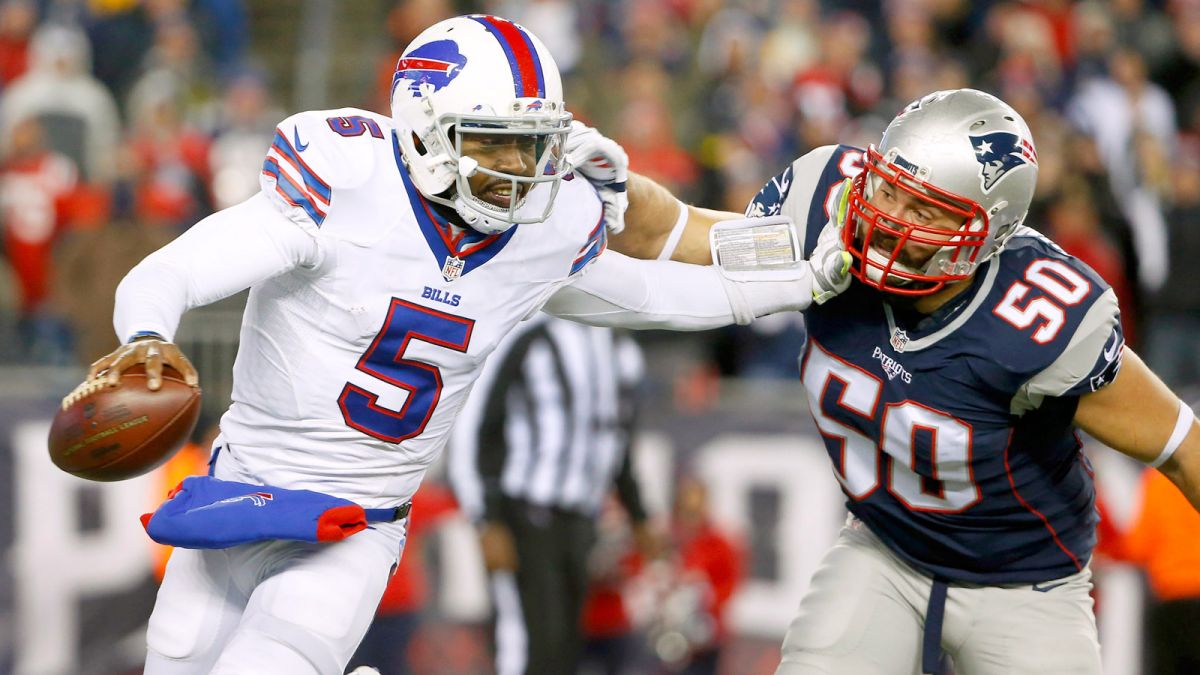 Last time the Patriots played the Bills my player to watch was Tyrod Taylor. And it has to be him again due to the depleted Buffalo offense because of injury.

In Week 3, Taylor had a decent game in the 16-0 win at Foxborough, throwing for 27-of-39 for 246 yards and one touchdown but you have to think of the circumstances. The Patriots were playing with a third string quarterback in the form of Jacoby Brissett who was playing with injured thumb to his throwing hand. No Gronk and various other key players were out but now with Brady and co back and firing it doesn't look good for Taylor. On top of that the injuries have stakced to the likes of Robert Woods, Sammy Watkins, Marquise Goodwin and LeSean McCoy.

Although they have all these injuries the Pats defense still have to stop the dual threat quarterback. Ideally what you want to see is keeping him inside the pocket and making him throw of his backfoot. The lack of weapons in his receiving corp and an inexperienced running game will force Taylor into making decisions that he wouldn't normally. It is all about the trust you build up with your receivers over time but with injuries to basically all the starters, it's going to be a challenge. As soon as you start forcing Taylor outside of the pocket, you are asking for trouble because his legs are his strength.

Although the huge threat that Tyrod Taylor is, he can't do it on his own on offense. I expect the Patriots to avenge the only defeat on there record so far this season.