Despite early struggles, Stephen Gostkowski is not panicking 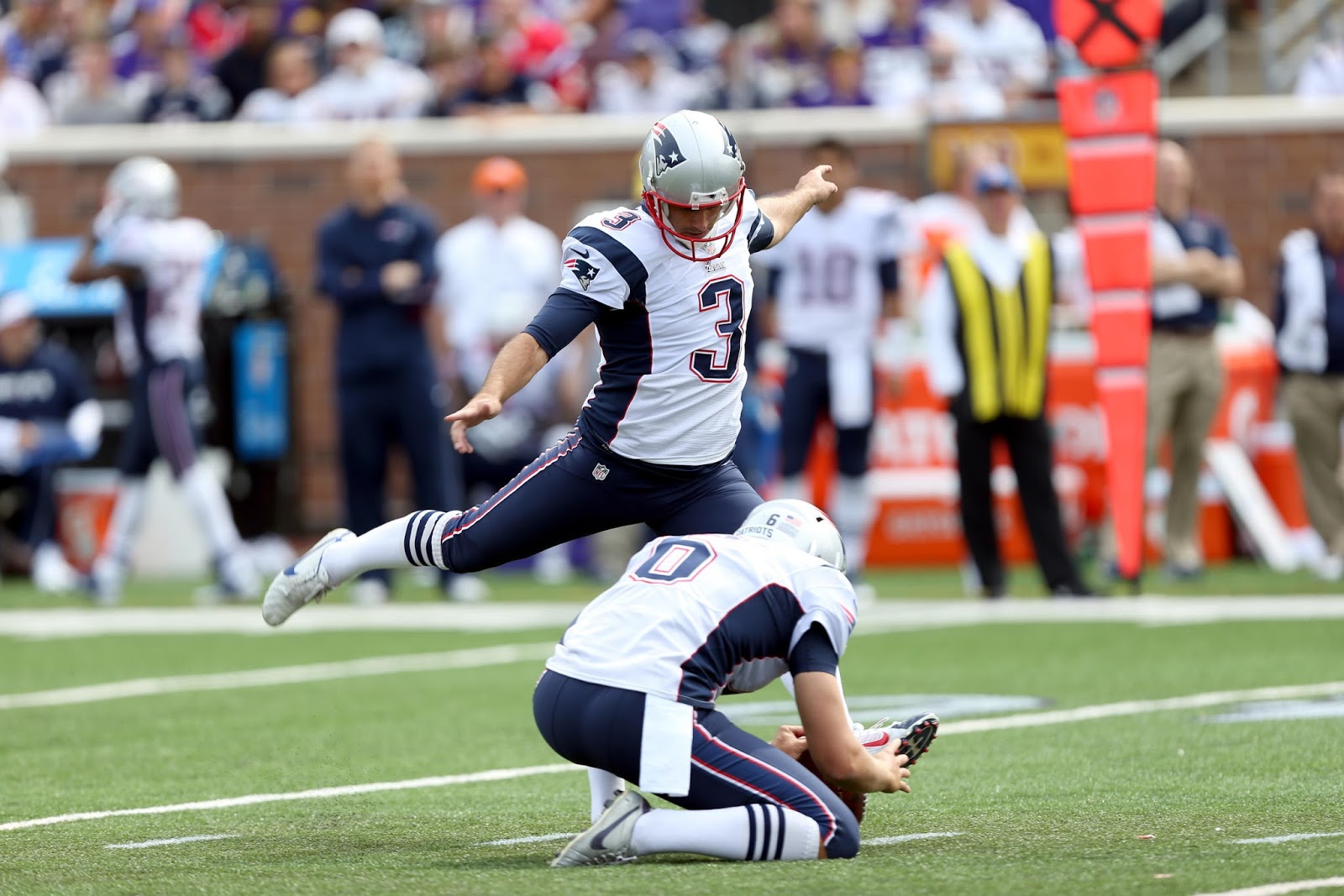 New England Patriots kicker Stephen Gostkowski has been one of the most reliable kickers in all of the NFL in recent years. He has not missed more than 3 attempts in a season since 2012. He's missed 3 already in 2016, leaving many scratching their heads, especially Patriots fans and media who have grown accustom to his excellence.

“I’m obviously not playing up to my standards," Gostkowski told the Boston Herald. "One thing I’ll never do is panic."

Head coach Bill Belichick on Monday called Gostkowski one of the "most respected players on the team" because of his strong work ethic. Belichick also said he is grateful to have him leading the special teams unit.

It's important to remember that Gostkowski did drill a 32-yard kick to help the Patriots knock off the Cardinals in week 1. The veteran should be just fine moving forward, and of course it helps to have Belichick in your corner.