Trade Gronk, surely not? Albert Breer says its a option 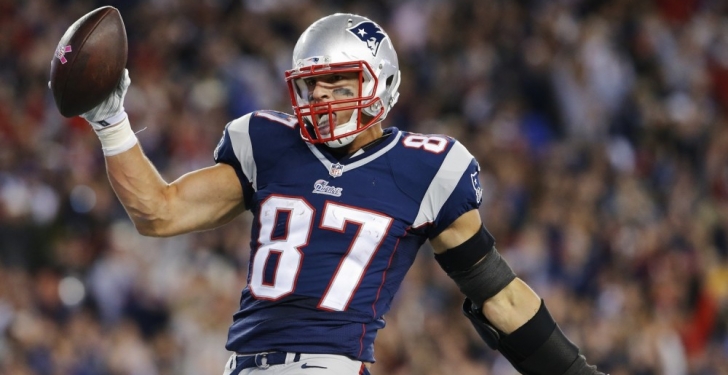 An absolutely ridiculous idea in principle came from Albert Breer in the last couple of days, that would frighten all Patriots fans. The potential of trading Rob Gronkowski.

Breer and Gary Tanguay were talking on CSNNE about how the trials and tribulations of being a professional football player in terms of injuries are having on Gronk. The Patriots ability to win the Super Bowl in 2014 was largely down to the star tight end being fully healthy but in comparison in 2011 the Patriots couldn't get the best out of him due to an injury and lost the Super Bowl to the Giants. We have seen players come back from injuries, so Gronk being traded surely isn't in Belichick's mind.

This is a real difficult decision for Bill Belichick because everyone knows Gronk has a lot left in the tank at 27 but could it be another Calvin Johnson situation where the physical nature of the game takes its toll and he retires early. I doubt it very much. Coach has to realize that he may be without Gronk for a few games a season but in terms of trading him, it is unthinkable. You don't trade arguably the best player in the league unless he has really fallen off the cliff.