Belichick on Hogan's trick pass: Have to 'find a way to win' games 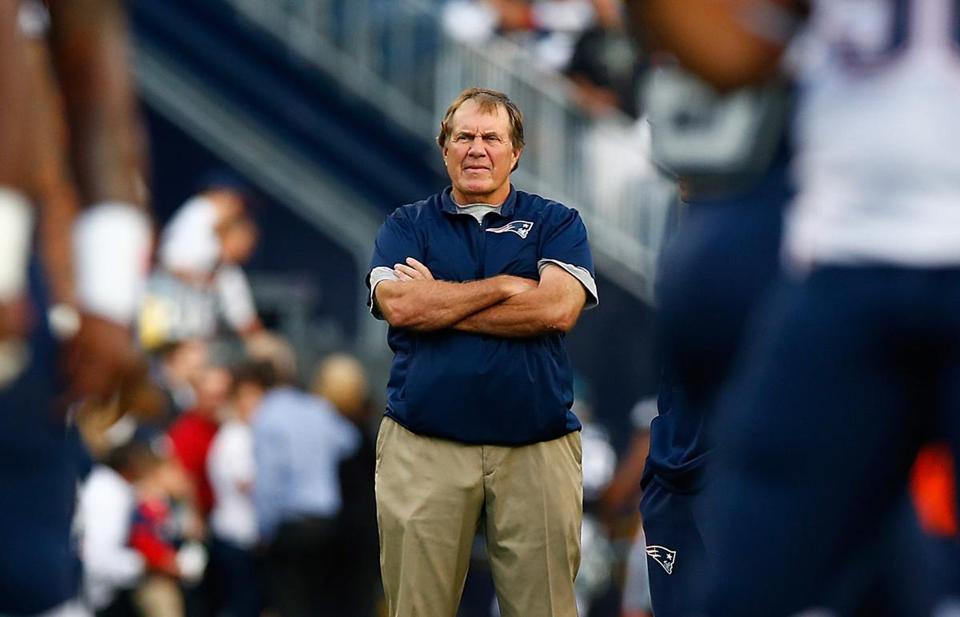 Trailing 10-0 to the New York Jets on Sunday, New England Patriots head coach Bill Belichick knew he had to find a way to spark his offense. The gridiron mastermind did just that, digging deep into his so-called bag of tricks to dial up a familiar, but notoriously successful play.

Belichick settled on a double-pass in which Chris Hogan delivered a strike down field in the direction of Malcolm Mitchell. The play landed the Patriots deep in Jets territory following a pass interference penalty on cornerback Darryl Roberts. When the dust settled, it was play that helped propel the team to a 22-17 victory.

Belichick is a man known to save trick plays for key situations in playoff games. In a 2014 playoff tilt against the Baltimore Ravens, Belichick called a nearly identical play that resulted in a 51-yard touchdown pass by Julian Edelman to Danny Amendola. Just as they did on Sunday, the Patriots were facing a double-digit deficit in that game too.

When asked Monday about the play, Belichick spoke on whether or not the team would be better served to save such trickery for a more dire situation.

"As far as saving it, I'm not really sure what that means," Belichick said via MassLive.com. "You better find a way to win some games or you'd just be saving it for some other organization that you're coaching for."

Hogan finished the game with 4 receptions for 70 yards. Tom Brady targeted him 5 times.