Blount, Lewis, White! Best backfield in the NFL but no nickname? 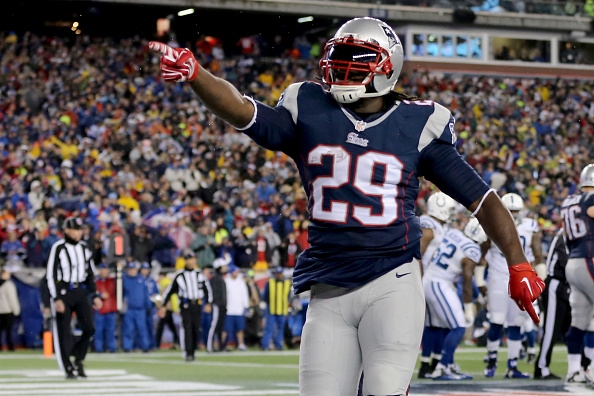 The Patriots for the first time in a long time have one of the most exciting backfields in the NFL. Blount, Lewis, White. All do different jobs for the good of the team complement each other perfectly. LeGarrette Blount in particular is having the best year of his career as he has never been in such diverse running back core and is the go too option for the Pats at the moment.

He is a reliable but he isn't your usual power back, Blount is unusually athletic for his size, with the ability to speed past defenders as well as battering them down. We have all seen his leap over defensive backs as well. Add that to the returning Dion Lewis who has the best juke in the league. His ability to make a change of direction and then still being able run at the same speed he stopped at, is a real threat to any defense. Then finally you have James White who has really come on this season as a viable option for Brady. More of a passing back that comes in third down situations, White has been able to fill the void when Lewis was injured and he has done it superbly contributing significant yards and touchdowns to an offense that were searching for a running back of his capabilities. These three make a formidable partnership for any defense to face.

There is still no nickname for these guys though like many other tandems have had, but thought has been put into it by Blount and co. He mentioned it when he spoke to MassLive.


We're working on that now!" Blount said.
No official nickname was decided for Blount and Lewis a year ago, although a few creative ones -- like Steak 'N Shake' -- were floated.
This year, the nickname game gets harder, because the Pats are using all three running backs, splitting snaps almost equally in Sunday's dramatic 22-17 victory over the Jets.

New England's running back trio is one of the best in the NFL, I mean who would you takeover them? You could probably put them alongside, Le'Veon Bell and DeAngelo Williams in Pittsburgh, certainly. David Johnson and whoever in Arizona. LeSean McCoy and whoever in Buffalo. Ezekiel Elliott, Alfred Morris, and Lance Dunbar in Dallas, sure. Maybe Devonta Freeman and Tevin Coleman? Probably DeMarco Murray and Derrick Henry. So with the playoffs coming up the Pats are going to need these three to perform with Gronk injured again and Bennett looking banged up for a franchise expected to be in the Super Bowl.