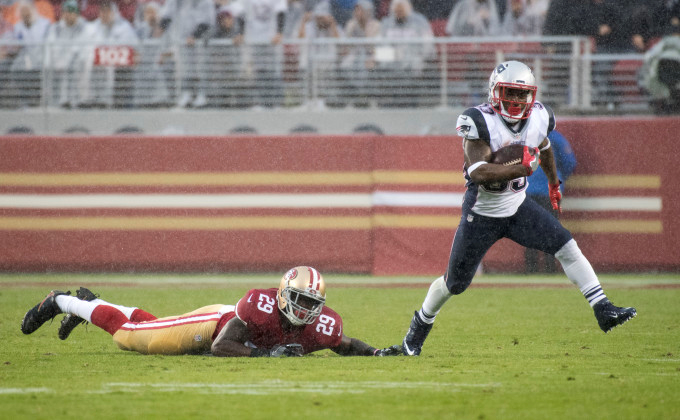 Going to 8-2 is great but there were still some parts of the Patriots machine that isn't working. It was a pretty close game until the 4th quarter against a poor 49ers team. Blame the weather maybe but there was a huge positive to take from Week 11. The return of Dion Lewis.

Lewis although he played limited snaps on Sunday was a significant bright spot in a performance that wasn't the greatest reported MassLive's Kevin Duffy. He managed only 49 yards from scrimmage but that wasn't what impressed. It was that the knee injury he sustained hasn't hampered his ability to beat defenders with ease and his trademark speed was still there.

LeGarrette Blount is still the starter when it comes to running back with James White being a very good option on third down. Lewis was given a mix of early downs and third downs on Sunday to get a feel for the game again. At the moment, it is all about phasing Lewis back into the offense for New England's inevitable playoff run.