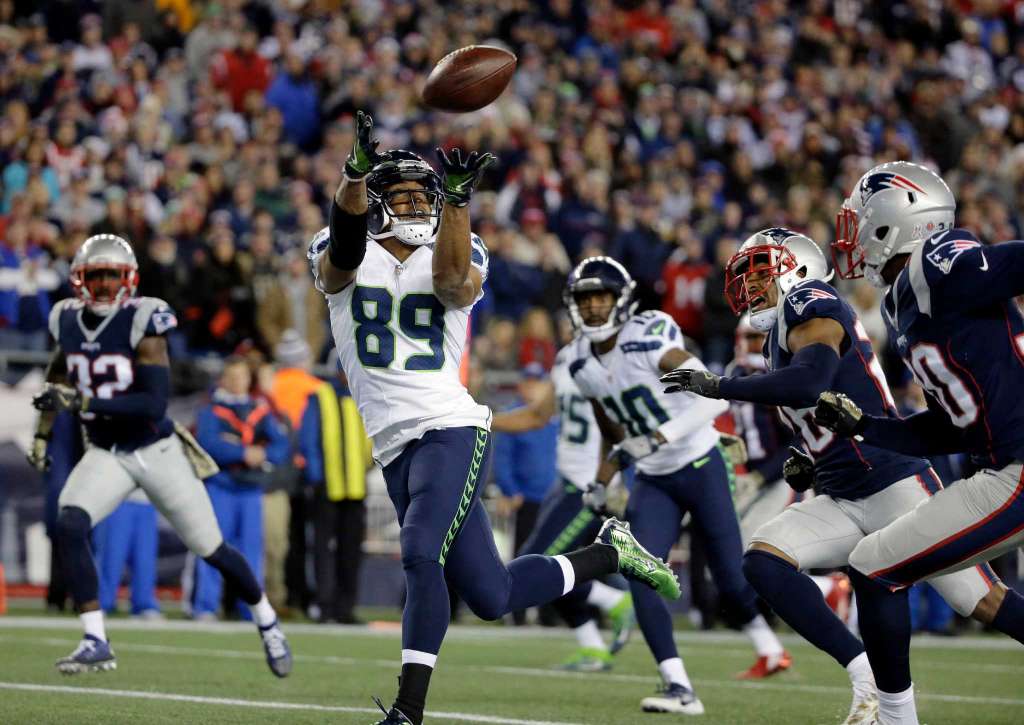 Of course this game would come down to a goal line stand. And of course, New England had to be on the losing side this time. Some might call it irony or even karma, but the Patriots lost that game long before they were stopped short of the endzone at the end of the fourth quarter.

In a very uncharacteristic game for New England, turnovers were the main story on offense. Coming in, Patriot quarterbacks hadn't thrown an interception all season long (258 pass attempts), but Brady broke that streak with one of the more terrible passes he's ever thrown in his career. Fumbles were also an issue, with Julian Edelman losing control of the ball as the Patriots were driving to take the lead and make the Seahawks fight from behind instead of New England. In addition to Edelman's fumble, while they didn't give Seattle the ball, Rob Gronkowski and Cyrus Jones also let the ball escape their clutches.

Even with two turnovers, the Patriots can usually manage to pull out a win, especially at home. Although, it's extremely difficult for Brady and the offense to put up over 30 points on this particular defense, so the New England D really needed to step up tonight... which they did not by any stretch of the imagination. This Seattle offense had been one of the worst scoring units in the league coming into tonight, and the Patriots let a struggling Russell Wilson walk and throw all over them. Whether it was little lob passes to wide open receivers or C.J. Prosise running through gaping holes along the line of the scrimmage, it was clear that the Patriots defense did not come ready to play tonight. They really need to get their act together and establish some consistency or the Patriots have no shot beating a team with a top tier offense like Dallas or even a healthy Pittsburgh.

Even with the apparent no-call at the end of the game on Gronkowski, the Patriots should have tried a play with a better chance for success, and shouldn't have even been in that position in the first place. The defense was the worst it's been in weeks, the offense turned the ball over and went 3 and out more times than usual, and it seemed like the play calling on both sides of the ball was conservative at best. This matchup between Seattle and New England is definitely a Super Bowl possibility, and all I have to say is I hope the Pats show a little more fire and desire in them if these two teams do meet again in Houston come February.