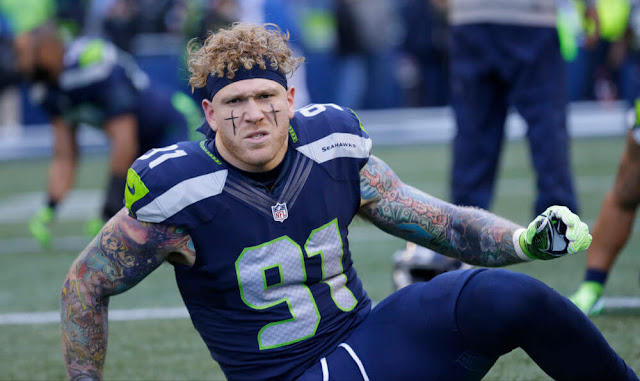 Any time you come to play for a team like the Patriots, you can't help but be excited and do whatever you can to make it work.

That's what the newest Patriots, Cassius Marsh and Phillip Dorsett are doing, and I like them both already.

Marsh, acquired from the Seahawks a few days ago, said he was excited for the opportunity to play for the Pats and believes he'll be able to pick up on his new role pretty quickly.

"I'm a fast learner," Marsh said. "I'll figure it out and I'll do what I can to get on the field and help my teammates."


Marsh proceeded to give a little insight into his playing style, calling it "fast." He also brought up how important special teams is to him, which has to make Bill Belichick foam at the mouth.

"(Special) teams has always been a big part of what I do since I've been in the league," Marsh said. "I'll continue to do what the team needs me to do on special teams and defense and just be the best player I can be in every facet of the game."


Already sounds like a Patriot. Guess he does learn fast.

Dorsett, meanwhile, is excited for a fresh start after being labeled a bust in Indianapolis. He seems to exude confidence, which should help him in learning his new playbook.

"It's been a transition and I love it already," Dorsett said. "It's going to be a definite transition learning the playbook and everything, but like I said before, I'm the person for it."


In two seasons with the Colts, Dorsett only caught three touchdown passes as he was overshadowed by the already established T.Y. Hilton and Donte Moncrief. It also didn't help that Andrew Luck played in only seven games in 2015, so Dorsett probably didn't get as much time with Luck as he would have wanted.

He probably won't have to worry about Tom Brady getting injured, though. The guy is basically an avocado ice cream-eating cyborg. I think I speak for everyone when I say if Brady's throwing to him, we can assume he'll be better.

However, we don't yet know what Dorsett's role in the offense will be. It sounds like he's up for anything the Patriots throw at him, saying "if they ask me to do it, I'll do it."