Matchups that matter: Patriots versus Saints 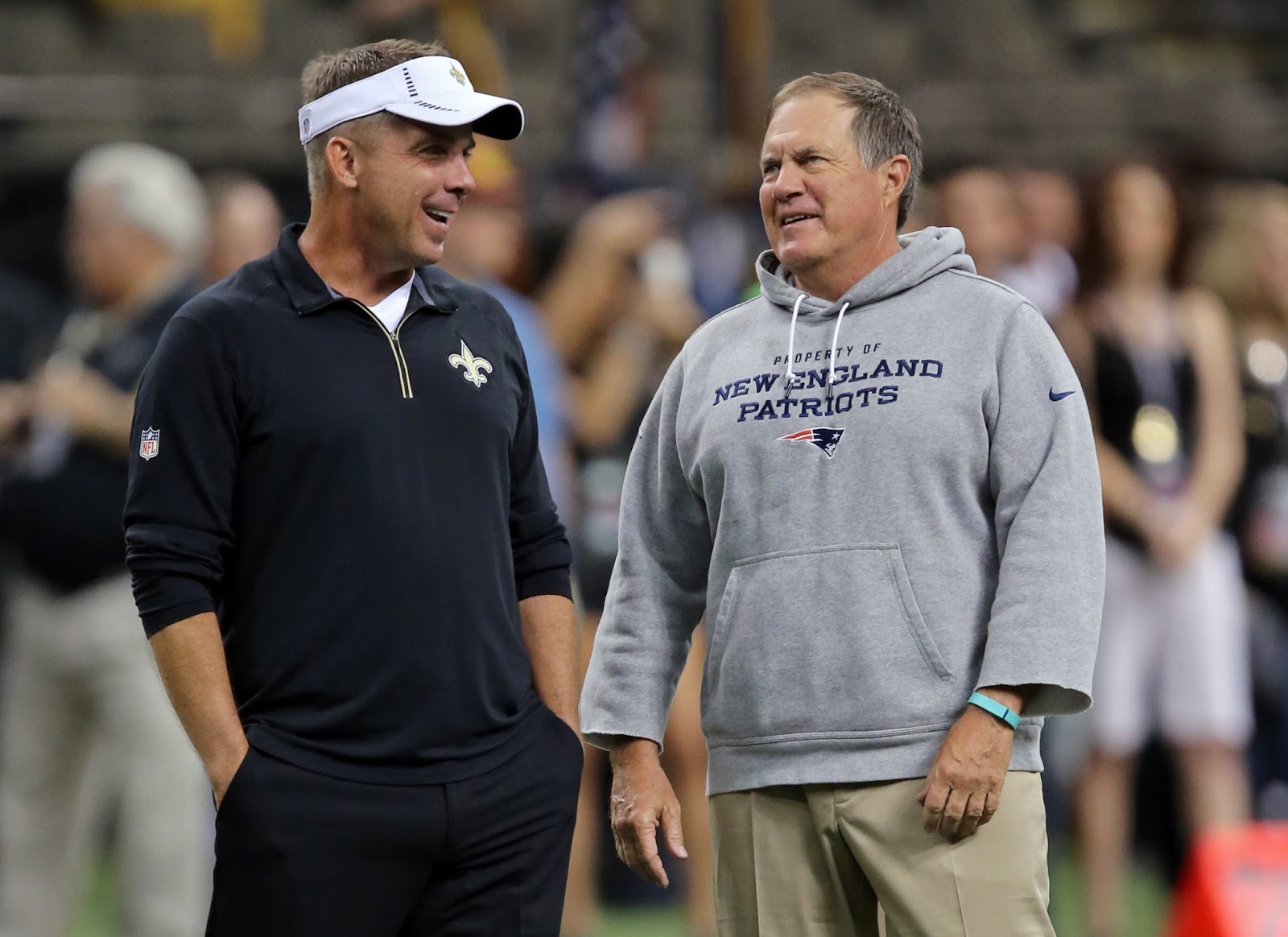 Week 2 is rapidly approaching with the first game being played tonight in another matchup of brutally average quarterbacks. That's Thursday color rush for you all. Thanks Goodell.

The only thing interesting about Texans-Bengals is seeing how rookie Deshaun Watson performs in his first NFL start on primetime. The game might be worth watching just to see the future at quarterback for the Texans. This blog isn't going to be focused on that ginger Andy Dalton who turned the ball over 5 times last Sunday but a matchup discussion and prediction of the New England Patriots and New Orleans Saints tilt. This game feels massive for both squads, especially the Patriots, as each team enters Sunday with an 0-1 record. 0-2 records never bode well for making the playoffs.

At stake Sunday in NO... pic.twitter.com/mA5fMd87Cc

There are quite a few intriguing matchups that will have a direct influence over the outcome of this game. Check out my last matchups and prediction blog from the Chiefs game (spoiler I did not predict the Chiefs would wreck the Pats)!

The first matchup has to be the battle of the head coaches, Bill Belichick versus Sean Payton. These guys are friends and have held joint practices together and have made numerous trades with each other. This may turn out to be the most important matchup as both of their teams were beaten soundly last week and will look to bounce back with smart adjustments. For Belichick, it will be how he defends the explosive, versatile offense of the Saints and tries to throw stud quarterback Drew Brees out of rhythm. For Payton, the focus will also be on getting his young defense to play together in attempts to slow down a Patriots offense thats looking to get back on track. Its going to be a chess match all game and fans should be excited to see two of the great in-game coaches face off.

Prediction: Since the focus will be on the defenses for both head coaches I'll give the edge to Belichick here just because of his pedigree following a loss. The Patriots defense, while they underperformed last week, are far more experienced and talented than the Saints defense. Belichick will look to generate some pressure on Brees, make him uncomfortable and slow down star wide out Mike Thomas. It will not be an easy task stopping Brees indoors so Belichick and his players will need to be on top of their games on Sunday. The Patriots defense will for sure look better this weekend but may still surrender some points.

The second matchup to watch is the Saints running back group against the Patriots linebackers/safeties. The Saints have some truly talented backs with Adrain Peterson, Mark Ingram and Alvin Kamara who create matchup mismatches on numerous levels. Peterson and Ingram can gash you through the middle, Ingram can catch the ball a little bit and Kamara is a matchup nightmare all over the field. The Patriots struggled mightily stopping the run and containing running backs catching the ball out of the backfield. The name Kareem Hunt gives Pats fans nightmares now. The Pats defensive front got manhandled by the Chiefs and that was one reason why Hunt had such a huge game. The Pats will need Alan Branch, Lawrence Guy and Malcolm Brown to step up and stop runs up the middle and force the Saints away from the power running game.

As for covering backs catching the ball, the Pats had trouble because the linebackers were giving Hunt too much space. Losing Dont'a Hightower to injury early killed them and forced Kyle Van Noy and Cassius Marsh into roles covering running backs. That's a matchup you will lose 10/10. Belichick and Matt Patricia will look to put linebackers in better situations against Kamara and maybe even throw some safety coverage or more zone coverage to eliminate the big plays from backs catching the ball.

Prediction: Belichick will look to stop the run early and make the Saints a one dimensional team. Kamara is still a matchup that the Pats may not be able to win and he may get some yards on the defense. Hightower hasn't practiced all week so it looks like he won't play and that will hurt the linebacking core against the Saints trio. Advantage Saints.

The third matchup to watch is the Saints secondary against the Patriots depleted wide receiving core. Danny Amendola hasn't practiced all week either and it looks unlikely that he will play on Sunday.

One practice left for Hightower, Amendola, Slater: It's been at least 9 years since a Patriot has missed the week but played in the game.

The Saints corners Marshon Lattimore, a rookie, and PJ Williams got torched by the Vikings on Monday night and couldn't cover Stefon Diggs and Adam Thielan. This is a clear advantage for Brandin Cooks and especially Chris Hogan who was shut down by KC corner Marcus Peters. The Saints will be keyed in on these two players but don't have enough talent to stop them with Rob Gronkowski to worry about. Saints safety Kenny Vaccaro will most likely get the assignment on Gronk and will try to replicate what Eric Berry did last week but don't expect a quiet Gronk again. He will only get stronger as the weeks go by and his in-game conditioning improves.

Prediction: The Saints secondary is in for another long week with the Patriots skill players to deal with. Expect big games from Cooks, Gronk and Hogan who outmatch the Saints corners and safeties. This could be a type of game where the team who gets the ball last wins so the Pats will scorch the Saints back unit.

The fourth important matchup in this game will be Stephon Gilmore facing off with rising star receiver Mike Thomas. The second year receiver is now the clear number one option with Cooks now donning the Patriots uniform and he will draw the fancy new corner the Patriots signed. Gilmore was paid a ton of money to match up with the stronger, bigger receivers around the league and Sunday he gets to prove he is well worth the many millions. The Saints lack secondary weapons with Willie Snead suspended so look for safety help over the top of Thomas almost every play. Malcolm Butler will be on an island opposite Ted Ginn Jr or Brandon Coleman.

Prediction: Belichick defenses are known for taking away their opponents top option and that will be the case on Sunday. With two guys shadowing him at all times, Thomas will struggle to get open and end up with only 3-5 catches and no TDs. The real key will be how Butler and the rest of the defense fair against the running backs as discussed earlier, tight end Coby Fleener and the rest of the Saints receivers. There is going to be some offense on both sides, but if the Pats can force Brees into throwing a pick they will come away with the victory.

The last matchup to watch will be Brady and the offense versus the crowd noise in the Superdome. Now I'm not talking about some piped in BS crowd noise like Atlanta but those Saints fans are passionate and LOUD. The Pats offense is going to be utilizing some newer faces because of injury (Philip Dorsett and possible someone from the practice squad) so it's key the communication is on point. Brady needs his receivers to be on the same wave length because mis-communications can lead to turnovers on the road.

Prediction: The Patriots offense will use simple reads for their newer receiver and focus much of the gameplan towards Cooks, Hogan, Gronk and the running backs who have more trust with Brady. As long as Brady doesn't make any awful throws that lead to turnovers this shouldn't affect a Patriots squad that has had a long week to prepare.

Game Prediction: This is a MASSIVE game for the Patriots who need to get some momentum. I see the offense looking dynamic as predicted before the season and Brady putting up some huge numbers. I predict the Gronk spike will return, Cooks will score a long one against his old squad and the running backs will be utilized much more out of the backfield. The defense will subscribe to the "bend but don't break" notion and get just enough stops and force the costly turnover that pushes the Patriots to victory. Look for Trey Flowers to feast against a porous o-line.

Thanks for reading the second installment of matchups that matter! Check out my website at jakescearbo.com for more Patriots pieces by me!