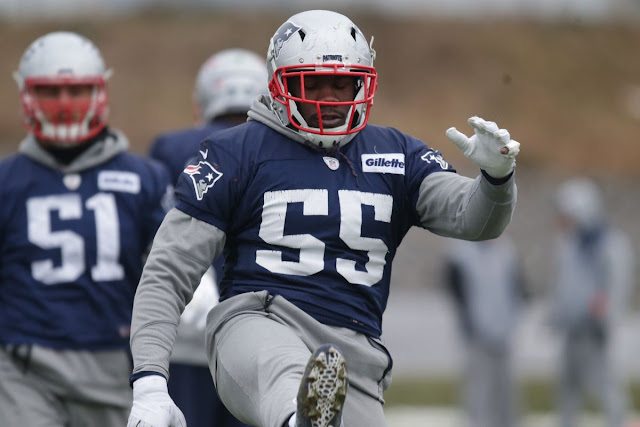 Multiple Patriots were missing from the final training camp practice today. Matthew Slater, Rex Burkhead, Sony Michel, tackle Marcus Cannon, Harvey Langi, were all absent from practice, but to no ones surprise as they aren't scheduled to play Thursday. None of them played last week either.

Aside from Cannon it doesn't really bother me that they are out right now. Its week two of the preseason and quite frankly the Patriots play for January and February. Sony Michel can take as long as needed because he was the first round draft pick for the Patriots and there is no sense in rushing him back and risking injuring him even more so than he already is. Burkhead isn't really needed at the moment either because they have Jeremy Hill and Mike Gillislee to take care of the work load while Burkhead and Michel are out.

I would like to see Cannon get some work before the season starts because he is a key role in the Pats offense at offensive tackle and with Brady getting older the less hits the better, just like with every quarterback.