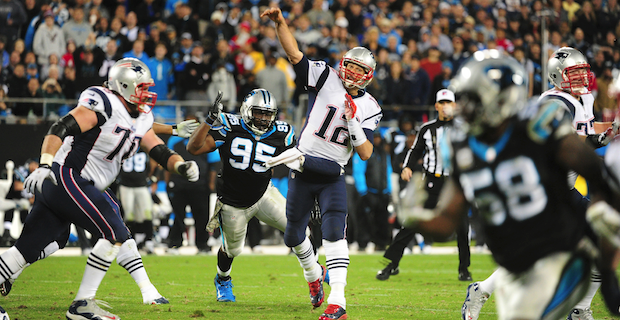 Patriots defense had their “bend don’t break” style of defense on full display in the first half by allowing 15 plays on the opening drive but holding Carolina to just a field goal.

There were several solid plays from the defensive backs as well, particularly Stephon Gilmore and Eric Rowe.

After a few long drives from both teams’ offensive units, Carolina led 9-3 at the end of the first half.

Just like last week against Philly, starters on offense and defense played the whole first half and Brady ended his day at 12-of-18 for 102 yards.

One positive takeaway was that Brady and Dorsett appear to be building up a trust with each other, with Dorsett making a nice catch for a 4th down conversion and had 36 yards on 4 catches.

The second defensive unit had their struggles as well and allowed Carolina to drive all over the field and gave up 16 points in the second half.

Although Mike Gillislee had a nice touchdown run and followed up with a 2-point conversion, the offense only put up 11 points in the second half. Carolina was really in control of the whole game and ended it with a 25-14 win.

Unfortunately, with only 2 minutes left in the game, running back Jermey Hill left the game with an apparent ankle injury. However, Hill was lightly jogging on the sidelines afterward, so hopefully it is nothing too serious and he can return sooner than later.

The Patriots head to MetLife Stadium to take on the Giants next Thursday.