X's and O's: Patriots vs Panthers 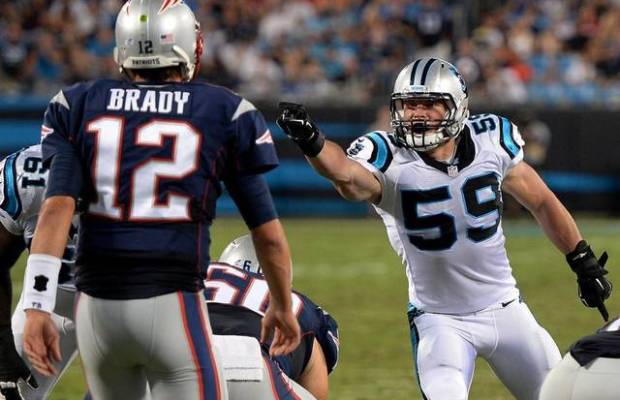 The Carolina Panthers love their zone coverage. They play a base 4-3 defense, which means they have four linemen and three linebackers, while their defensive backs drop into their designated areas of the field to cover. In the 2017 season, the Panthers ran a zone scheme on 72.5% of their play calls. The Panthers ran a Tampa 2 zone, specifically, most of the time. A Tampa 2 scheme is essentially a regular cover two, but the middle linebacker drops back and covers anything down the seam vertically, morphing into a cover 3 scheme. This really plays into the Patriots strengths because the Pats love use decoys in their offense to create high percentage passes for Tom Brady. For example in the picture below, the Patriots love to run Gronk up the seam, which will move the middle linebacker out of the middle of the field and use one of their slot receivers, which happens to be Brandon Cooks, to run right where that line backer should be, creating an easy and quick pass for Brady while also minimizing the others team pass rush. 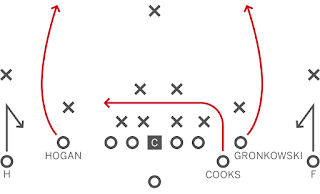 On the opposite side of the ball the Patriots run a mixture of zone and man. The Panthers run a very mixed offense as well, having 501 passing attempts and 490 rushing attempts. New offensive coordinator, Norv Turner has a pretty good track record with helping his quarterbacks succeed, and Cam Newton should be no different. The Patriots played a man to man defense 45.6% of the snaps last season. Since the Patriots run man to man so frequently, the Panthers will have run routes that break off at the end, like skinny posts or deep comebacks. The Panthers play calling consists of a lot of run-pass option plays, which doesn’t play to the strength of the Patriots man defense. When in man to man defense you aren’t allowed watch the play develop in front of you because you are worried about your specific assignment. For example the Patriots cornerbacks will have to be at the top of their game because Cam Newton is a well known dual threat quarterback meaning that they will have to watch their assignment first and then play off of reaction if Newton scrambles, unlike in a zone they can sit back and get a much better read on Newtons mobility.