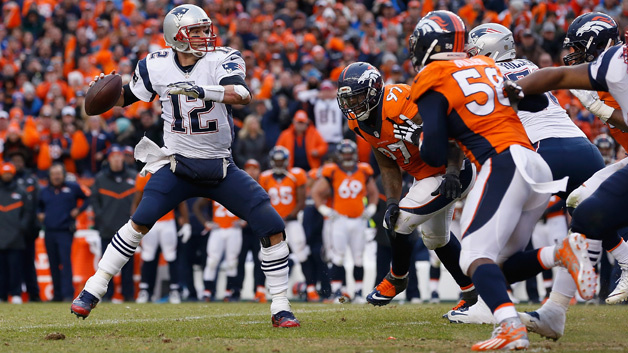 After appearing in an interview with NFL Network last week, former Giants running back Tiki Barber believes the Denver Broncos are now ready to make a run at the AFC title. While I can agree with his point that Denver has been held back by poor quarterback performance, I am not yet sold on Case Keenum’s ability to lead this team to a title. One advantage Keenum has is the fact that the Broncos defense is still one of the best in the league and has only gotten better with the addition of high draft pick Bradley Chubb.

Denver does have some solid pieces to be a winning team with players like Emmanuel Sanders and Demaryius Thomas, however the AFC West has quietly been improving. The Broncos lost star corner Aqib Talib in a trade with the Rams this past offseason, which really is a significant blow when you have to play the likes of Tyreek Hill, Keenan Allen and now Jordy Nelson twice a year. I really do like the move to go ahead and sign Case Keenum, but I’m not so sure I’d be ready to put them as top dog in the AFC.

As it looks like the Patriots are poised to make yet another run at the title, it wouldn’t completely blow me away to see a third rematch with Denver for the AFC, but contrary to what Tiki believes, my guess is Denver is a year or two away from figuring everything out as a team.