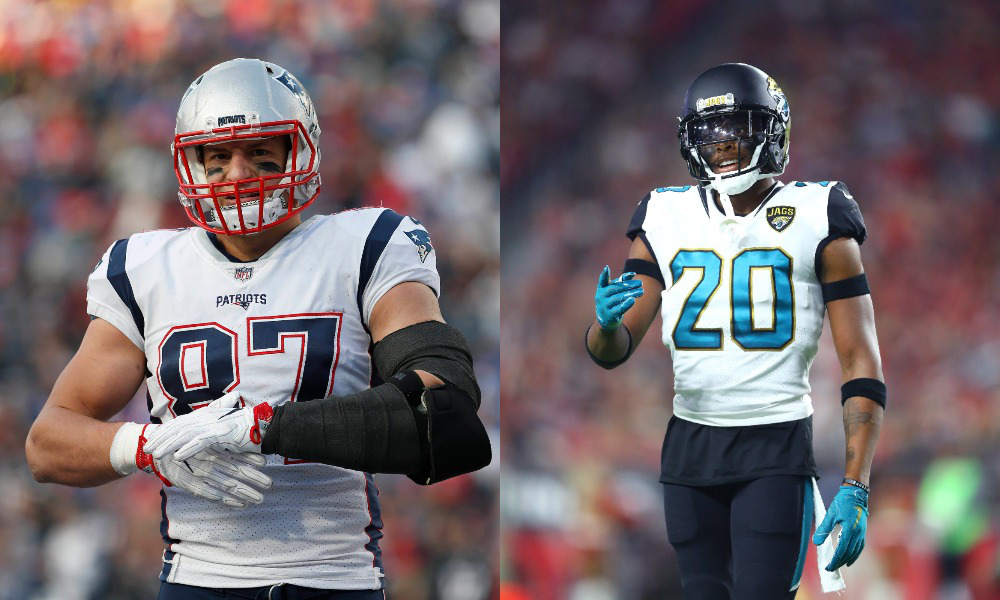 Known around the league for his shameless trash talk, Jaguars' cornerback Jalen Ramsey gave his very honest opinion on several NFL players, including some current and former Patriots.

Gronk was aware of the comments from the star corner and readily accepts the challenge. "For sure. There's always motivation you're looking for," Gronkowski said Wednesday. "It does and it doesn't, so that's tricky right there. ... It motivates you to hear that. Obviously, there's something out there that he saw on film and stuff that I can probably get better at. You don't always feel the best every single day when you're out on the field, so if that's how he feels, that's how he feels."

I'm sure everyone expects to see several Gronk and Ramsey matchups come this Sunday in Jacksonville for the AFC title rematch. The Patriot offense has changed significantly since last year, so it will be interesting to see how Josh McDaniels handles the very solid Jacksonville defense.

This certainty has the makings of a good game Sunday and when it comes to trash talk, Tom Brady is more than ready to get going and said, "It's going to be an emotional environment. Whenever you play some of the best teams, you want to see where you're measured up to, and that defense has been ranked very high all last year, and I could see why ... It's going to be a great environment for football -- 4:30 game, everyone's going to be watching. It should be a really great game for us to go out and see what we're made of."