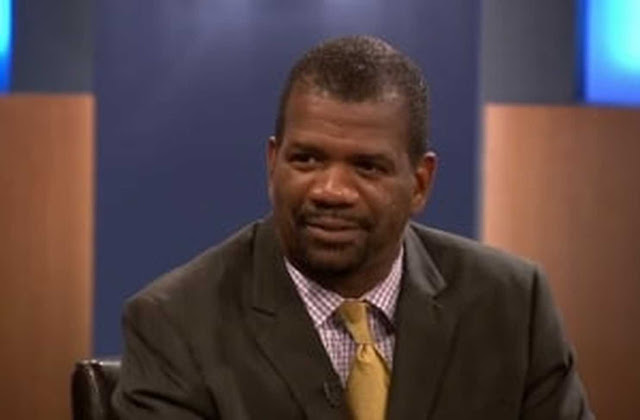 The sky is falling. The Patriots are terrible. Tom Brady is old and isn't good anymore. Puppies are the worst.

Okay, maybe not the last thing. That's ludicrous. But so is everything else I just mentioned, which is why these people like Rob Parker, who are paid to say stuff like this, are worthless. And now I'm annoyed so I'm putting my ranting hat on.

Every time the Patriots lose, Parker is one of the first people to jump on them, especially Brady. He led off the week by pretty much declaring Tom Brady has finally lost a step.

So The L.O.A.T. - Tom Brady - has just one TD pass the last three games? None today against the Titans. It’s so quiet in NE right now you can hear a mouse urinate on destroyed Spygate footage once buried at Harvard Yard. Told you the end was near. No one defeats Father Time.
— Rob Parker (@RobParkerFS1) November 11, 2018

Today it's "his defense isn't good and he can't save them anymore because he's old and not good," and "the beat reporters say he's not good too!!!!"

"Tom Brady cant cover up that defense because he's not at that level anymore" Did he miss the NE/KC shootout & NE/CHI? lol

"They're not good enough, they're not getting to the super bowl. Brady is on the down side"😂 pic.twitter.com/5EcizQj8Iq
— #FreePhillipDorsett (@ftbeard_17) November 13, 2018

Seriously, what the hell are we doing here? I get these are obvious trolls, but they're not even good nor are they funny. They're downright stupid. Look at some of these throws.

If Brady was really not good anymore, would he be able to still make throws like that? Nathan Peterman would cut off both of his legs to be able to make even one of those.

My favorite part of this whole thing is that now the beat reporters are starting to catch wind of what he said.

Hey @RobParkerFS1, that's you guys comparing Tom Brady to Peyton Manning circa 2015, which is WAY off. Not convinced any of you are really watching the games. Don't put words in our mouths. https://t.co/jCahOjGiuM
— Matt Dolloff (@mattdolloff) November 13, 2018

This is really some made up Donald Trump bullshit. Parker 100% doesn't watch these games. He watches highlights and just happens to pick a game like this to dissect and brainwash dumb people. And there's the problem I have with sports talk shows. Sure, they're meant to entertain, but they're barely informative. It's all hot takes, and that isn't going to help anyone actually learn more about what they're watching. Could he tell me what a comeback route is, a hot route or a go route is? Could he tell me what different types of zone coverages and man coverages there are and how they work?

Doubt it. Maybe give me a little more of that and I'd probably feel like I don't lose brain cells every time I see his face.

This is why I'm so glad The Athletic and Boston Sports Journal exist.

Look, the bottom line is Brady had a bad game on Sunday and there have definitely been points in the season where he's looked average. But the Titans had the kind of game plan to stop him that the Eagles had in the Super Bowl last year and the Giants had in two Super Bowls - rushing four or five guys all the time while constantly mixing up coverages.

It wasn't just Brady who didn't play well on Sunday. It was the entire team.

And don't you think Mike Vrabel, who, I dunno, played for the Patriots for most of the 2000s, would have a pretty good idea how to beat his former team? Just a guess, but I think he does.

What's more, the absence of Gronk really hurt them. Yes, he isn't having the kind of season we've all come to expect, but when he's on the field, he still draws double teams that free up other receivers to get open.

The Patriots are still 7-3 and in total control of the AFC East for the 92nd year in a row. They're going to make the playoffs and they have a quarterback who is still good enough to do it. Bad games happen. If they can't score when Gronk, Sony Michel and everyone else is on the field at the same time together, then I'll be concerned.

And Parker wins because I'm writing about him, but that isn't going to stop me from adding my opinion and hoping people just ignore every incoherent thing he says.