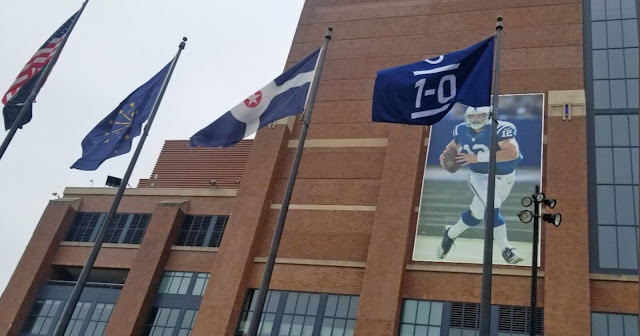 Remember that time the Colts hung an AFC runner-up banner after their AFC title game loss to the Patriots and everyone roasted them for it? Of course you do.

The Colts are considered one of 32 NFL franchises with adults leading the charge, so you would think they would have enough common sense to not make the same mistake twice.

At least this one celebrates a win (21-7 victory over Houston in the Wild Card round, in case you were living somewhere other than earth), but hoooooooooooooooooooooooly shit is this the kind of thing that makes me and probably a million others they are either trolling themselves or they are more incompetent than Kevin Malone carrying a pot of chili.

Naturally, they are getting destroyed on social media.

Colts fans will defend this and say 1-0 has been their motto all year, which it has. Can't deny facts. But that doesn't make it any less hilarious or pathetic.