X's and O's: Patriots vs Chargers 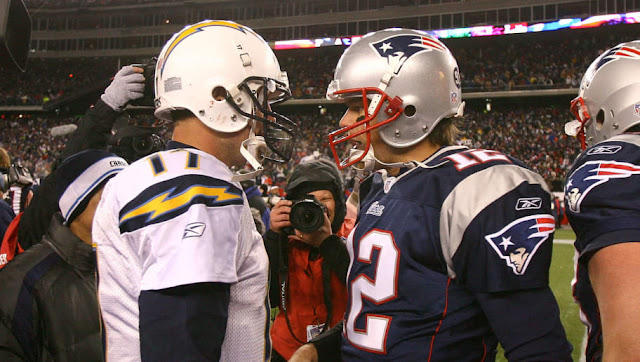 The Chargers play a 4-3 front, with a cover 3 in the secondary. Cover-3 is when the defensive backs split the field into thirds. A weak zone in a cover-3 scheme is the seam. Gronk hasn't been himself this year and he could really make a difference if he would play like he has in the past. The L.A. Chargers rank in the top ten in the NFL in yards allowed per game in the regular season. They allow 333.7 total yards per game, 227.9 passing yards and 105.8 rushing yards. With that being said the Patriots are ranked in the top five for offensive yards per game. They average 266.1 passing yards and 127.3 rushing yards, which is also top five in the NFL. The Patriots have a lot of options today. The Chargers are probably preparing for the run more than the pass due to the Patriots lack of weapons at receiver. If the Pats decide to go pass heavy, the Patriots should run Gronkowski up the seam, have Dorsett/Patterson run a slant with Edelman following, filling the hole that Dorsett/Patterson created. Below is a picture of a cover-3 scheme.