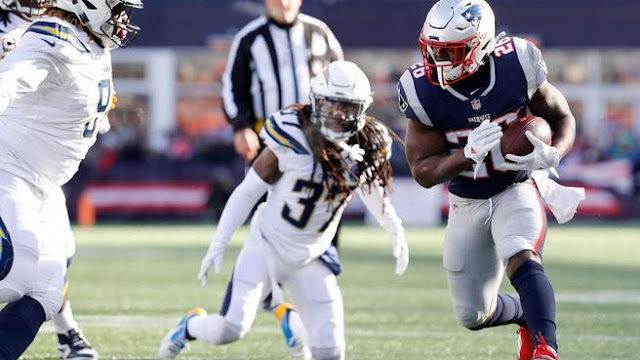 The Patriots welcomed the Chargers for their divisional round game and from the start the game wasn't very close. The Patriots won the toss and elected to receive, which usually never happens. On the first drive the Patriots executed a 14 play, 83 yards, and seven minutes and eleven second touchdown drive. After the touchdown the Chargers put together a touchdown drive of their own to tie the game 7-7. From that point on the Patriots scored 28 unanswered points to enter the half 35-7. In the second half the Patriots came out with another long drive, lasting seven minutes and twenty-two seconds, only this time only resulting in a 28-yard field goal by Stephen Gostkowski making the score 38-7. From that point the Charger went on to score 15 garbage time points compared to the patriots three points, another 30-yard field goal by Gostkowski. The final score of the game was 41-28. The Patriots really showed their dominance throughout the game. Their linemen on both sides dominated the Chargers linemen, which really set the tone from the beginning.

Tom Brady went 34-44 and passed for 343 yards and one touchdown, which was thrown to Phillip Dorsett. Sony Michele showed up big, with help from his offensive line. He rushed 24 times for 129 yards and three touchdowns. Julian Edelman led the Patriots receivers with nine receptions for 151 yards. The Patriots forced two turnovers, one interception and one fumbled punt.

Phillip Rivers went 25-51 for 331 yards, three touchdowns, and one interception. Melvin Gordon had nine rushes for 15 yards and a touchdown. Tyrell Williams led the Chargers receivers with five receptions for 94 yards.

The Patriots will face the Kansas City Chiefs in Kansas City next Sunday at 7:40p.m. EST. The Patriots record on the road wasn't the best this year at 3-5. The Patriots already beat the Chiefs this year in a Sunday Night matchup, 43-40. Kansas City is most likely going to be the favorite in this game however, people shouldn't be so quick to bet against Brady and Belichick like they did today.