Patriots defense has made Bill Belichick get more creative than ever 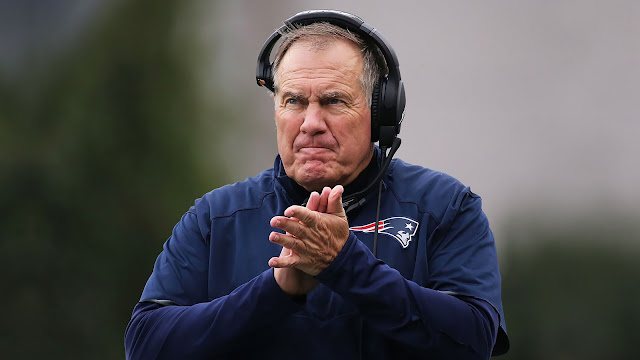 The Patriots defense has caught a lot of flack this season for not being as good in the past. I disagree with that idea of thought completely. I think that this years defense has been pretty good. They held the Chiefs to nine first half points and also held the Steelers to three second half points. Not to mention they held nine of their opponents to twenty or less points, including teams with Aaron Rodgers and Ben Roethlisberger, while six of those teams scored thirteen points or fewer.

The defensive schemes being used this year are coming from a unfamiliar place. A section of the defensive playbook that only one person has full access to, Bill Belichick. According to defensive players, the Patriots haven't used this part of the playbook as much in past years as they have this year.

“Since I’ve been here, we really haven’t done as much as what we’re doing right now with some packages," nine-year safety Devin McCourty says. “He’s one of those guys that there’s no offensive scheme, defensive scheme, special teams scheme that he hasn’t seen or doesn’t have a full understanding of. But for us they’re new, so we have fun," McCourty says. “It’s like a new used car. It’s new to you.”

The patriots creativeness has exceeded what they have done in the past. Using Kyle Van Noy as a defensive end, normally plays linebacker, and using Patrick Chung as a middle linebacker, who normally plays safety. Chung at linebacker has caused confusion for soon-to-be Hall of Famers like Aaron Rodgers and Big Ben Roethlisberger, so why wouldn't these confusions work for newcomers in the league like Pat Mahomes, DeShaun Watson, and Andrew Luck.

This year the Patriots will need to rely on their defense more than ever. Creating turnovers and keeping good field position, the defense can impact the Pats route to the Super Bowl tremendously. Some big offensive plays and a performance from the defense like they have so far this season and the Patriots will be eyeing a chance to win their sixth Super Bowl of this century.