Oh, the internet. You can find some pretty interesting things on the world wide web. Some of it can even be edited for comedic relief.

The New England Patriots’ linebacker made it well known that he was not pleased with the media and how his team was being talked about this season. Some of the people he was most upset with were ESPN “First Take” co-host Max Kellerman and Michael Felger and Tony Massarotti of 98.5 The Sports Hub radio show “Felger & Mazz.” 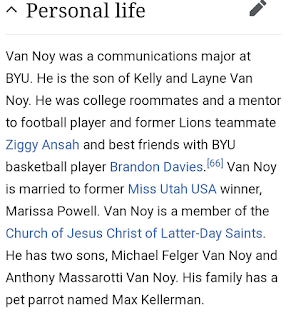 According to Wikipedia, Van Noy is now the father of two sons named after the radio show hosts, while owning a parrot named after Max.