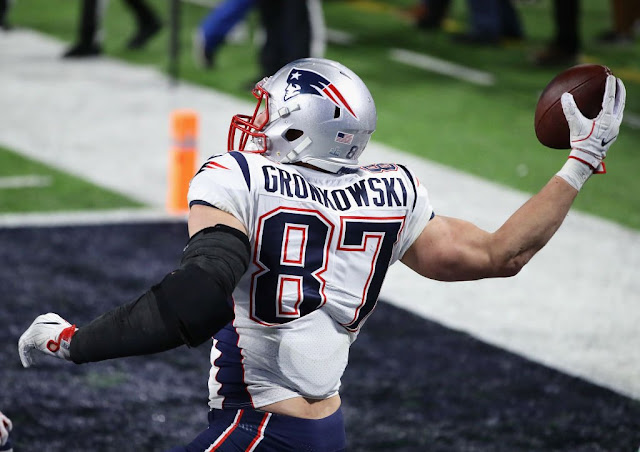 Rob Gronkowski knew whether the Patriots won or lost Super Bowl LIII that he would face questions about his future, which is exactly what happened in his post-game press conference.

Gronk, now a three-time Super Bowl champion, said he would decide on his future over the next few weeks. For now, he's just focused on the party.

"You know, I haven't thought about that decision at all. Tonight's the night to celebrate with my team and in the future, that will ... you know, that will be decided in a few weeks or so," he told media.


Gronkowski came up huge for the Patriots in his team's 13-3 triumph over the Rams, catching six passes for 87 yards, one of which set up Sony Michel's game-winning touchdown in the fourth quarter.

The big tight end turns 30 in May and dealt with a multitude of injuries, which hampered his performance all season.